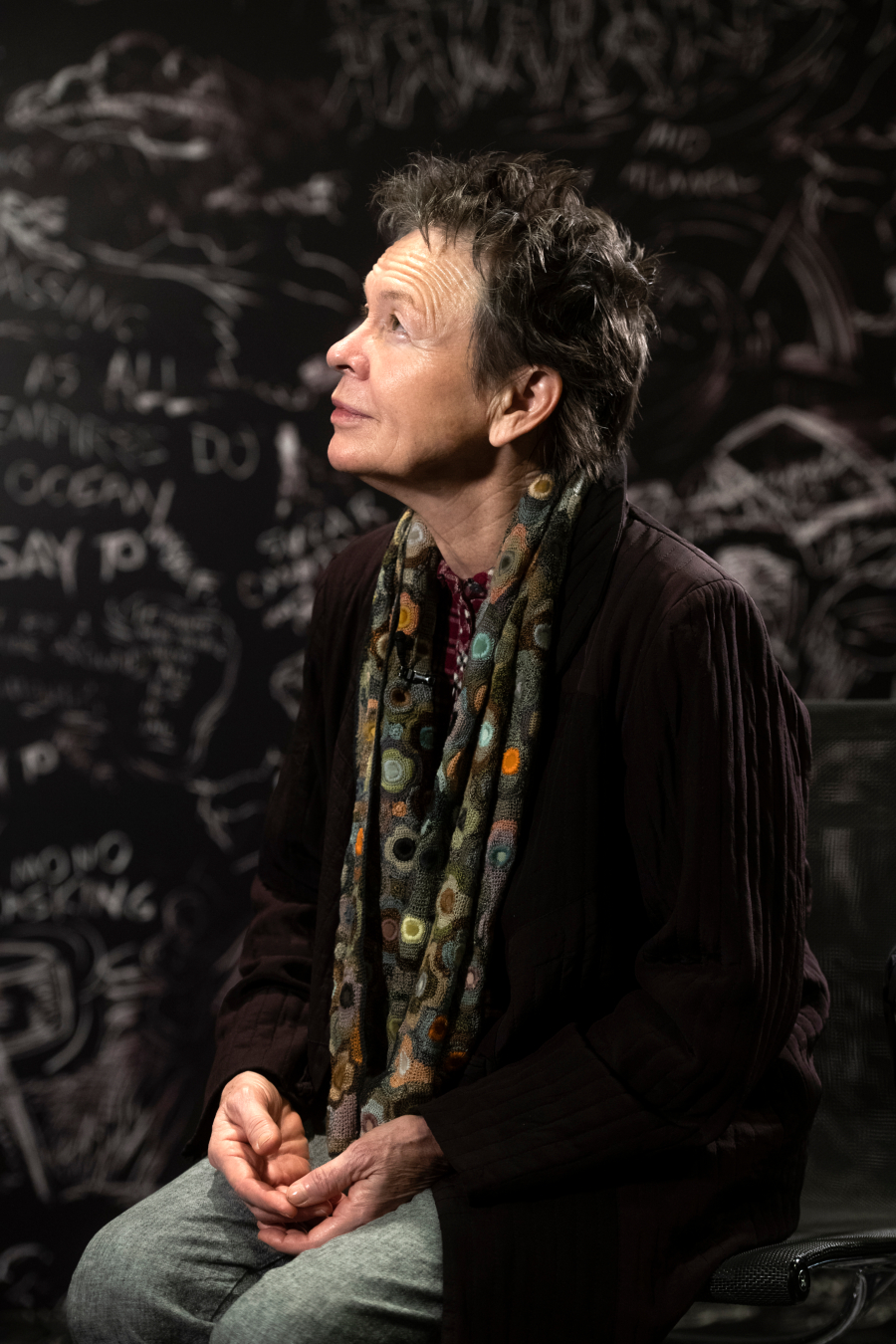 The multifaceted American artist Laurie Anderson (Glen Ellyn, Illinois, 1947) has visited Madrid on several occasions. Always with music as her banner… And we have always missed her other facets, as interesting as her music. But this month Laurie will give a concert at the Reina Sofía Museum, present a virtual reality exhibition at Espacio Telefónica and will be the star of a short cycle of his films at the Doré cinema, headquarters of the National Film Archive. Quite an intense week, promoted by the Festival Rizoma.

Sculptor, conceptual artist, photographer, performance artist, filmmaker, researcher… She began studying Biology at Mills College in Oakland (California), but dropped out after a year and moved to New York to graduate in Fine Arts. There she was a student of Sol LeWitt, an essential figure in minimalism and conceptual art, and a fellow student of the minimalist sculptor Carl Andre. Gradually, she recovered the violin that she had studied in her childhood and adolescence and incorporated it into her performances (one of the first consisted of an action in which she played the violin with bladed skates, up a block of ice, until it melted completely). And in a similar way to how John Cale dared to electrify the violin he sometimes played in the Velvet Underground, Laurie modified his, replacing the bow’s mane with a pre-recorded tape recorder, and those sounds were the ones that sounded when he rubbed the strings.

A nearly nine-minute long track, O Superman, a repetitive experimental litany and vocoder-treated vocal, included on her debut album, Big Science (1982) became an unexpected UK chart-topper – it reached number 2 – but she decided to move away from that world and its demands. In fact, Big Science was part of a four-and-a-half hour live show she was already performing, United States, which defines her perfectly: stories that reflect her philosophical, political and social concerns. In a telephone interview in October, as Hurricane Leslie was sweeping through Spain, she admitted that her musical shows are really storytelling shows. And she tells no nonsense: she needs good translations in the subtitles with which she illustrates the various songs? I’ve always told stories, many of them about my own life, with all kinds of reflections on identity, memory, happiness, death, love,” she explains. But I don’t use my personal stories in a confessional way: in fact, I have chosen not to expose my private life publicly in my work, although echoes and references can always be found. I depend a lot on the translators and their ability to capture the subtle nuances of my texts.

Rather than presenting her latest album – Landfall, released in spring – Laurie is coming to present her latest book – All the Things I Lost in the Flood (Skira Rizzoli, 2017) – and she will do so with music. The explanation is simple: Landfall is an album of thirty tracks recorded with the Kronos Quartet, a chamber music ensemble specialising in contemporary music. She is coming to Madrid, now, as a soloist. But both the album and the book are about the same thing: loss. Which is also the subject of her film Heart of a Dog (2015). The loss to which All the Things I Lost in the Flood refers is the loss she suffered in another hurricane, Sandy, which on 29 October 2012 hit New York and flooded her basement, with all her music equipment, memorabilia and artistic material of all kinds submerged under water. Laurie, instead of mourning, turned it into poetry and music.

A SHORT CYCLE AT THE SPANISH FILM ARCHIVE

Film is another of the multiple fields covered by Anderson’s work. This November, the Filmoteca Española has programmed a short cycle of films made by Lou Reed’s widow that should not be missed: a 25-minute short film, Hidden Inside Mountains – in which Anohni also participates (when she was still called Antony Hegarty), and which premiered at the Universal Exhibition in Aichi (Japan) in 2005 -, Heart of a Dog, the 2015 film she shot to talk about death (the successive deaths of her mother, her dog Lolabelle – a rat terrier she had taught to play the piano – and, finally, her husband, Lou Reed). The main event will take place on Friday the 16th, with the screening of Home of the Brave (1986), the filming of one of her live shows, with the participation of Anderson herself, who will present the film at the Doré cinema.

© Photo provided by the press department of the Rizoma Festival.