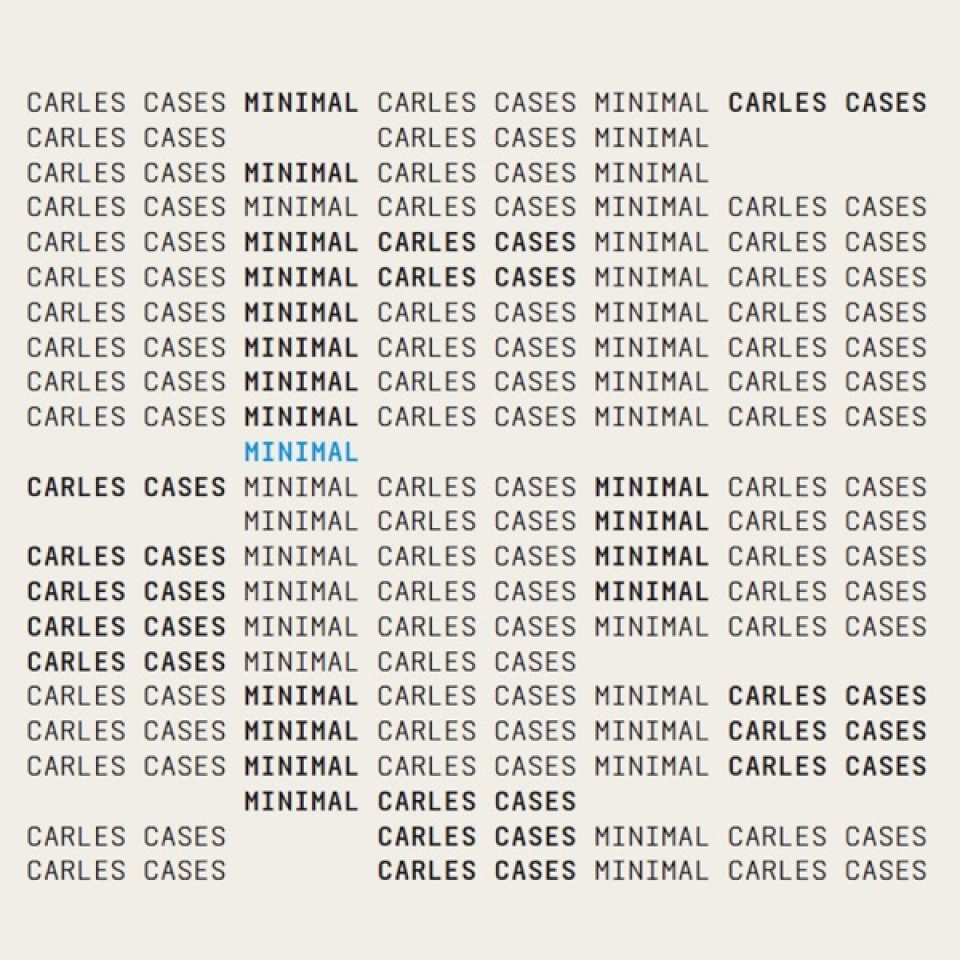 Carles Cases (Sallent de Llobregat, 1958) is a musician (cellist and pianist) who has dedicated his musical life to three fundamental fronts. On the one hand, jazz (he was a member of Lluís Rovira’s Big Band, before creating his own Carles Cases Quartet and Blaumarí). On the other, the musical direction of the Empordà singer-songwriter Lluís Llach, both live – accompanying him in more than eight hundred concerts during the eighties – and in his recordings – his name appears on legendary records such as T’Estimo, Maremar, Camp del Barça. 6 de juliol de 1985, Astres or Geografia -, between 1983 and 1990. And thirdly, although it is perhaps the most extensive and longest work in time, the composition of soundtracks for cinema, a task in which he has been a regular composer for films by directors such as Gonzalo Suárez (El portero, Mi nombre es sombra, Oviedo Express), Ventura Pons (El porqué de las cosas, La vida abismal, Barcelona (un mapa), A la deriva), Jaume Balagueró (Los sin nombre, Darkness), Jaime Chávarri (Camarón, El año del diluvio), or Antonio del Real (El río que nos lleva). But this past May, once the most difficult moments of the pandemic for mobility had passed, he travelled to Sofia to record with twenty musicians from the Bulgarian National Radio Chamber Orchestra the nucleus of his latest album to date, entitled Minimal (Bàndol. Música per a temps de conflicte) [Minimal (Side. Music for Times of Conflict)], in which he voluntarily abandons the jazz terrains in which he has developed the largest historical percentage of his compositions. The album is made up of eleven pieces, almost all of them composed a little over two years ago in Havana, which he finished recording last summer, with piano and percussion, and which take minimalism as their starting point. Or, more specifically, post-minimalism, with notable influences from the baroque and, in particular, from the baroque’s own influence on the music of the creator of the term “minimalism”, the English composer Michael Nyman. They are joyful themes that depart from the minor keys so dear to Cases, except for four “adagios”: La bellesa en les coses, Cooperació, Acceptació and Adéus que no ens hem pogut dir.