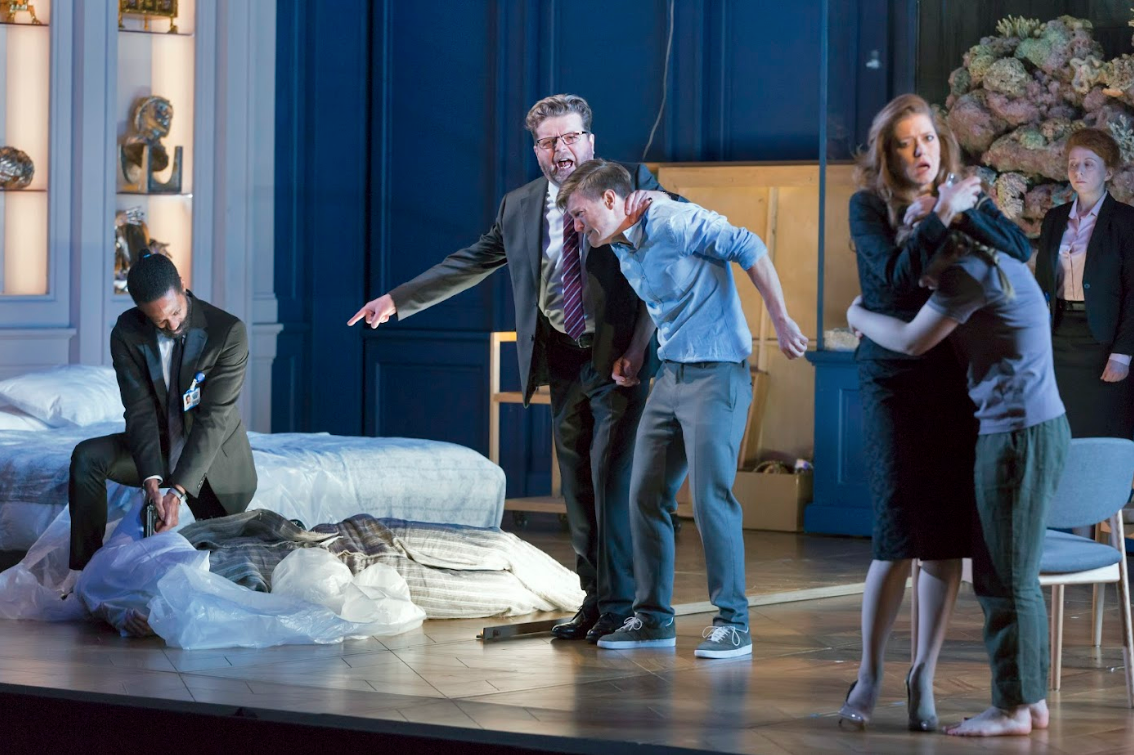 “Lessons in Love and Violence”, by George Benjamin, receives the Opera XXI award.

The Association of Theatres, Festivals and Stable Opera Seasons in Spain announced yesterday the winners of the fourth edition of the Premios Ópera XXI. Lessons in Love and Violence, the opera by English composer George Benjamin premiered at the Royal Opera House in London in 2018 and whose Spanish premiere took place at the end of February last year at the Gran Teatre del Liceu in Barcelona has won the award for Best New Production of the 2020/2021 season, co-produced with the Teatro Real de Madrid and five international theatres, with stage direction by Katie Mitchell.

The opera is based on the love story of the English King Edward II and Piers Gaveston, 1st Earl of Cornwall, as depicted in Christopher Marlowe’s play Edward II. George Benjamin and Martin Crimp (the opera’s librettist), omit the historical references (a newly crowned king who destabilised the solidity of the kingdom with the favouritism he showed towards the Earl of Cornwall) and put the focus on the psychological depths of the characters.

The jury of the Ópera XXI awards was made up of Gonzalo Alonso, Maricel Chavarría, César Coca, Alejandro Martínez, Richard Martet, Pablo Meléndez-Haddad, Mariela Rubio, Fernando Sans Rivière, Eva Sandoval, Victoria Stapells, Javier Pérez Senz, Ana Vega Toscano and the manager Andrés Rodríguez, representing and Vice-President of Ópera Latinoamérica (OLA). The awards will be presented at a gala to be held on April 30th at the Teatro Cervantes in Malaga, directed by Joan Anton Rechi, and there will also be the recognition of a whole artistic career to the stage director Lluís Pasqual. The association was created in 2005 and is made up of the 25 most important stable opera and zarzuela theatres, seasons and festivals in the country. Since 2018 it has been awarding the Ópera XXI Awards, with the aim of recognising the best of lyrical activity on Spanish stages.

© Photograph by Stephen Cummiskey of the staging of “Lessons in Love and Violence” premiered at the Gran Teatre del Liceu in February 2021.