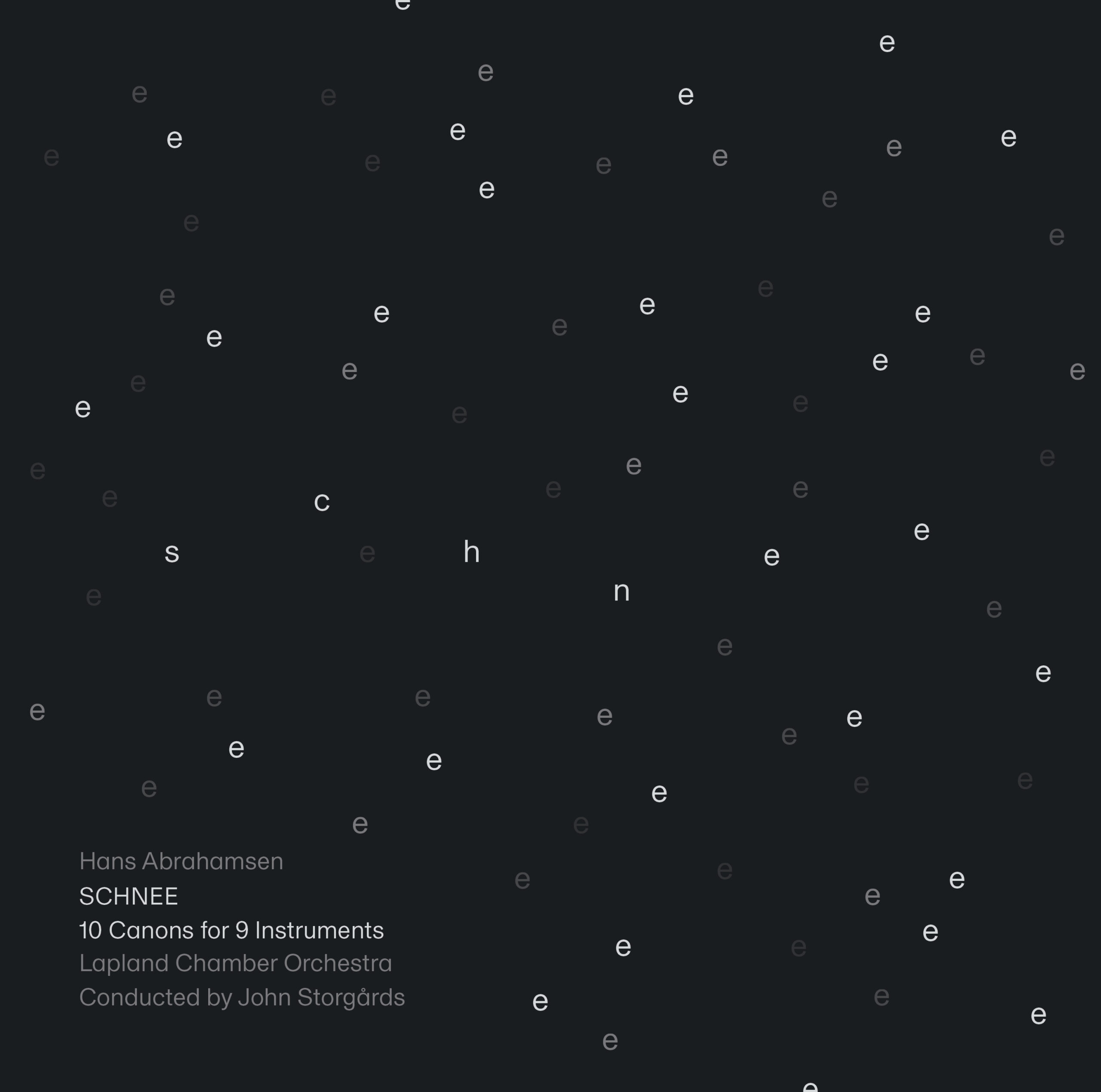 Born in 1952 in Copenhagen, Abrahamsen began his musical career by joining a group of young composers who reacted against what they saw as the excessive complexity of serial music and advocated the “New Simplicity”. He explored minimalism and studied for a time with György Ligeti and soon emerged as one of the young European composers to watch. After his initial success came a long silence: between 1990 and 1998 he completed only one short piece in eight years, but he returned to composing with the 1999 Piano Concerto, in which he already showed a totally personal and original sound world, and Schnee [snow, in Danish], from 2008, is considered not only one of his peaks, but one of the most important works of the 21st century so far. The work was premiered on 25 April 2008 at the Wittener Tage festival in the German city of Witten, performed by the Ensemble Recherche, which was the ensemble that recorded the first recording of the extensive, almost hour-long piece. Now, the prestigious Danish label Dacapo has released a new version by the Lapland Chamber Orchestra conducted by John Storgårds.

As Abrahamsen himself has explained on occasion, the origin of this work is an arrangement he made in the early 1990s of several of J. S. Bach’s canons, “with the intention that the music should be repeated many, many times, as a kind of minimal music. Obviously, I didn’t know what durations Bach had in mind, but listening to his canons in this way opened up a new and profoundly moving world of circular time for me”.

The title refers to those sensations one feels while listening to the falling snowflakes: from the icy silence and the soft crunch of footsteps on the white blanket to the snowstorm and the impossibility of moving forward against the icy wind, enveloped in a white sea of swirling flakes that seem to come from everywhere. As Abrahamsen himself has said: “In Schnee a moment is stretched to the maximum and it can even seem as if the music disappears. There is only a breath left.