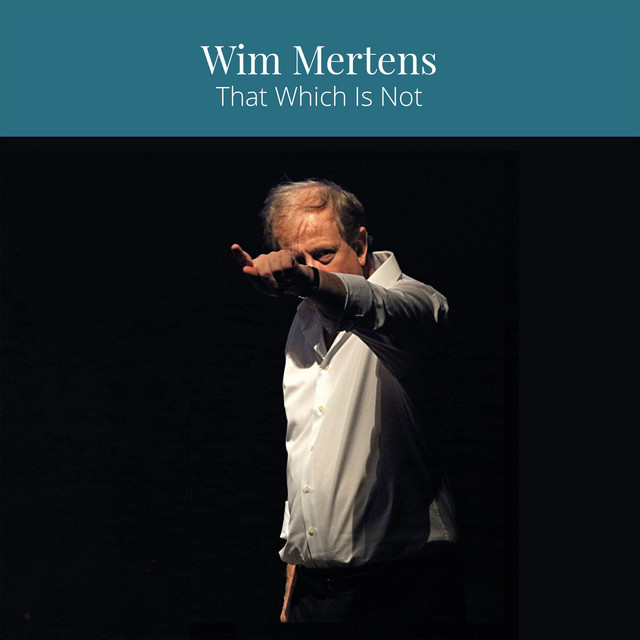 “That Which is Not”, by Wim Mertens.

The Belgian composer, pianist and countertenor is now sixty-five years old and, at the end of 2019, he will celebrate forty years since the recording of his first album, For Amusement Only (Les Disques du Crépuscule, 1982), recorded with Gust De Meyer under the name Soft Verdict. A true stajanovist in his profession, Mertens has now released more than sixty albums, in all kinds of formats: electronic (such as the aforementioned debut album), solo piano (many, many) or with orchestra – both chamber (including an album, Receptacle, released in 2007, in which he was accompanied by an orchestra of seventeen instrumentalists, all women), and large orchestra, such as the Brussels Philharmonic (also several albums). Instrumental or sung, as well as trilogies, tetralogies and soundtracks.
That Which is Not is perhaps in the middle ground: eight themes -four instrumentals and four sung with his peculiar countertenor voice-; twenty-two musicians, although not all sound in unison -and that in his live performances can even be limited to two: Mertens himself on piano and vocals, and the Russian violinist Tatiana Samouli-. The extensive nature of his oeuvre and discography makes it difficult not to find similarities with some (or some) previous works. Thus, Bassin d’attraction is inspired by the minimalist tradition of his beginnings, and En chair et en os is inspired by jazz, although these are not the most common in his career.
Prolific, Mertens is not, however, always an easy composer: Freeze on Volume is a theme of dark sonority and low tones, which takes us back, perhaps, to the composer’s most aggressively avant-garde period: that of Maximizing the Audience, the score that accompanied the furiously radical show The Power of Theatre Madness, by his iconoclastic compatriot Jan Fabre. And from the depth of Freeze on Volume Mertens gives way to the light, popular and festive Affording More. And this, in turn, to a kind of beautiful Venetian barcarolle: Nested Cuts.
To single out his works from such a wide and varied discography is risky, but it must be agreed that What That Which is Not is, pun intended, is a confirmation that his compositional skill remains extraordinary and that Mertens should be considered the most “popular” of contemporary classical musicians.