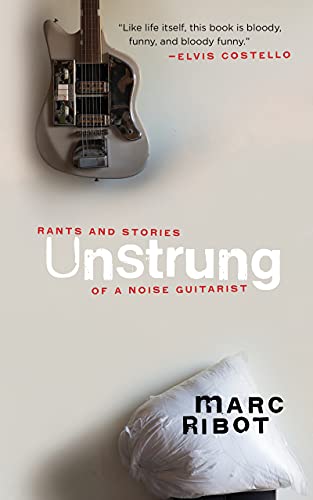 Unstrung: Rants and Stories of a Noise Guitarist, written by American guitarist Marc Ribot, is published today by Akashic Books. The musician became known worldwide in the 1980s, playing for Tom Waits, but the list of artists who have relied on his talent ranges from John Zorn and John Lurie to Robert Plant and Andrés Calamaro. Without being a memoir, it contains stories from his more than forty years as a musician, as well as essays, stories and reflections by one of the most eclectic guitarists on the international jazz and experimental music scene. Ribot will be virtually promoting the book in conversations with Elliott Sharp (on 7 August, via Zoom, from the City Lights bookstore in San Francisco), Greg Tate (on 8 August, via Crowdcast, from the Word bookstore in Brooklyn) and on 15 August, with Kurt Hollander (via Zoom, from the Book Cellar in Chicago).