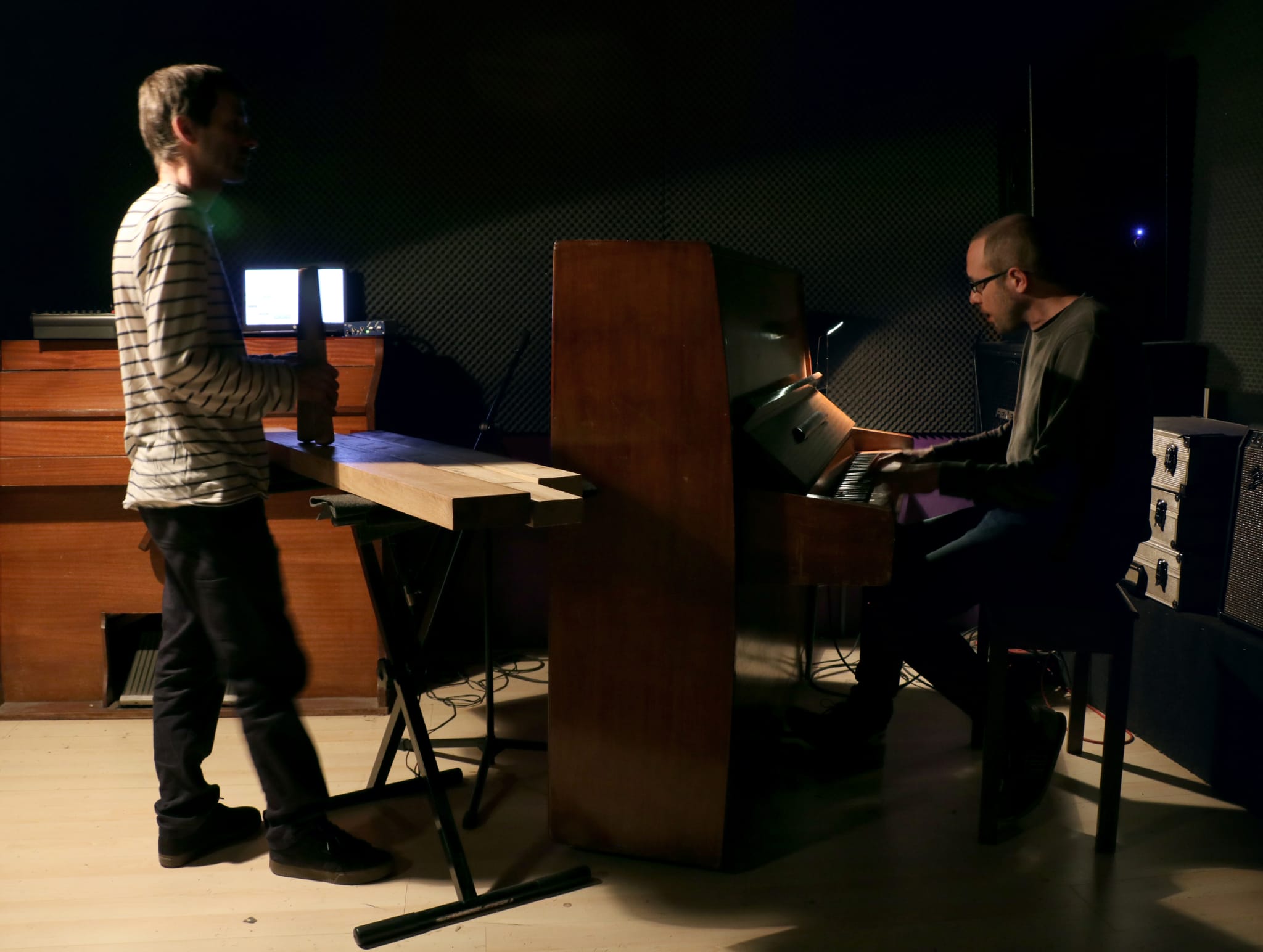 Ibon RG and Enrike Hurtado are two Basque musicians who usually work separately, but on this occasion they have joined forces to pay tribute to the poet, writer and txalapartari musician Joxean Artze, who died in 2018. The result of their collaboration is an album, oMOrruMU baMAt, published by Repetidor, in which both musicians have set Artze’s poems to music, performed with voice, piano and txalaparta, in a surprising combination of ancestral sonorities and completely contemporary forms of composition. Tomorrow, Thursday 23 September, the live presentation of the album will begin with a performance at the Casa del Euskera, in the San Ignacio neighbourhood of Bilbao. The following day they will give a concert at the Burgos Public Library. They will soon be in San Sebastian (Mogambo hall, 2nd October) and Madrid (La Faena II hall, 26th November).