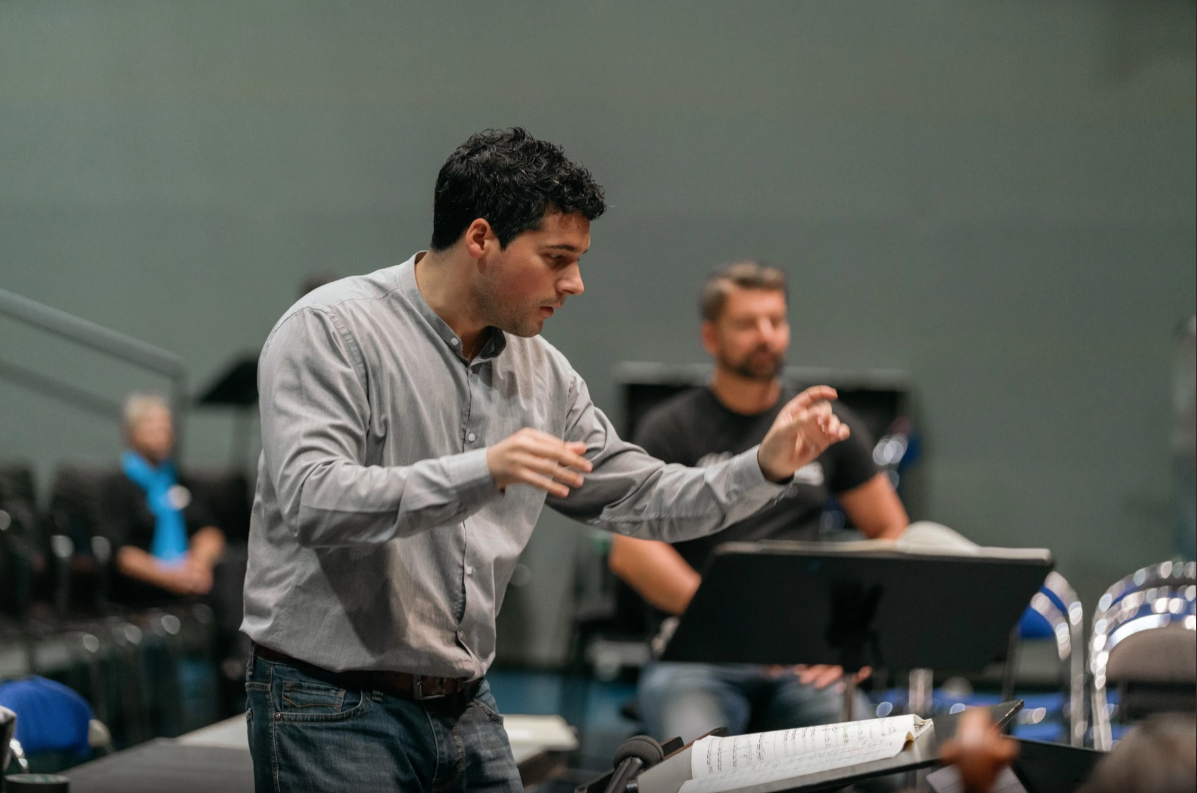 Tonight will be the Spanish premiere of Con sprezzatura, a work composed by the Spanish composer and conductor Josep Planells Schiaffino (Valencia, 1988) in 2019 and premiered last May in the German city of Cologne, as part of the eleventh edition of the Acht Brücken / Musik für Köln festival, at the Auditorio Nacional’s Symphonic Hall. The work opens this weekend (Friday, Saturday and Sunday) a programme conducted by the German Anja Bihlmaier which will have as its main piece the Symphony No. 5 in E minor, op. 64, TH 29 by Pyotr Ilyich Tchaikovsky.

Con sprezzatura, Planells explains, is an expression coined by the writer and diplomat Baltasar Castiglione (Casatico, 1478-Toledo, 1529), author of the famous treatise The Book of the Courtier, which could be translated as “nonchalance”, “panache” or “assurance”, and that is how this work is supposed to sound. “In the 16th century, sprezzatura was part of the attitude of a nobleman who kept his distance, paid attention to discretion and avoided affected behaviour”.

© Photo downloaded from Josep Planells’ website, taken at the Lucerne Festival, in a master class by Matthias Pintscher.