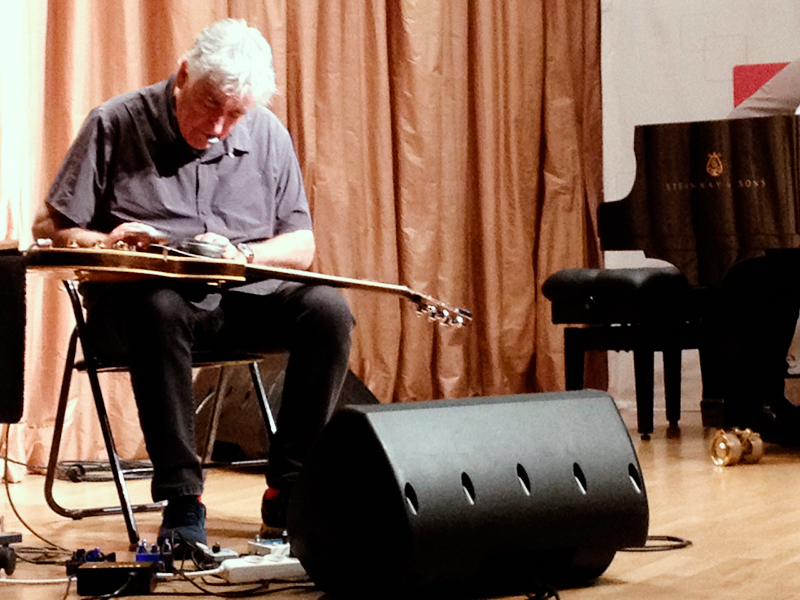 A prolific guitarist and creatively inventive improviser, not even Fred Frith knows how many albums he has recorded. He came to Spain to give a master class for the students of the Escuela Popular de Música y Danza and two concerts in which he showed his famous profile as a guitar “torturer”, one in the Manuel de Falla hall of the SGAE, together with the pianist Manuel Borraz and the percussionist Jordi Pallarés, and the other, two days later, in the Barcelona town of Santa Maria de Palautordera to perform in the Can Balmes cultural centre together with the percussionist Nuria Andorrà. But he did have time to do this interview, published on the website of Rockdelux magazine.