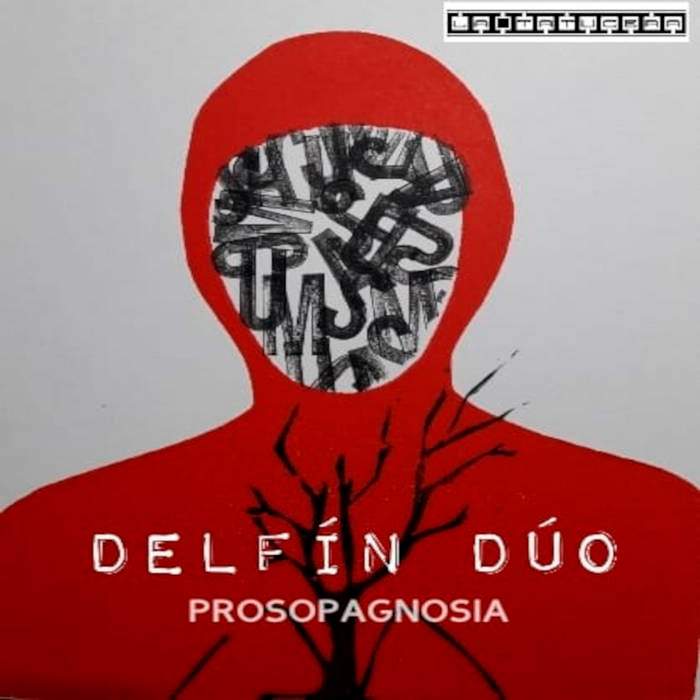 Prosopagnosia: cognitive disorder characterized by the inability to recognize familiar faces, including one’s own. This is the title of the latest album by Delfín Dúo, produced and released by lA tAtUcErA.

Andrés León (electric bass) and Chema Pastor (percussion) present us with an inspired work of improvisation in two memorable sessions, July 29 and 30, 2021. Edited and mixed by Chema Pastor, the album was released, with a beautiful cover by Andrés León based on an illustration by Alda Navarro, last November 24 and is accompanied by a brief text signed by José A. Secas, in which echoes of the unsettling title of this album resound.