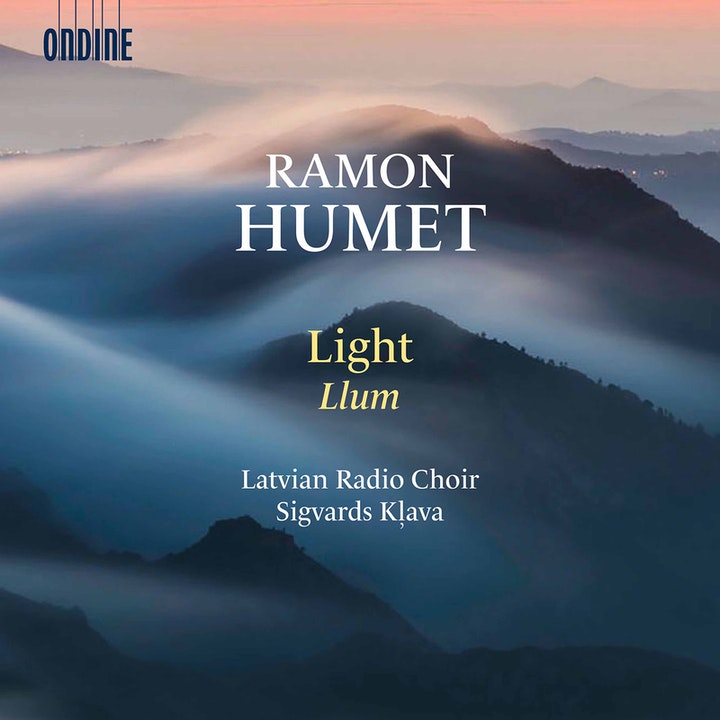 Light / Llum, by Ramon Humet (Barcelona, 1968) has been chosen best Catalan classical music album of the year by the jury of the Catalan magazine Enderrock. Published in June 2021 by the Finnish label Ondine, the work, written in seven movements between 2013 and 2016, features texts and spiritual poems by Vicenç Santamaria, a Benedictine monk from the monastery of Monserrat in Catalonia and a close friend of the composer, while its music brings together, according to Humet in an interview published in Enderrock, influences from the repertoire of the Escolania de Montserrat, as well as Brahms and Bruckner and the austerity of Tomás Luis de Victoria. Among the contemporary references Humet has studied, he highlights Wolfgang Rihm and Arvo Pärt and, fundamentally, Bernat Vivancos, also from Barcelona, to whom he also dedicates the fourth movement of the work, Pedra Nua / Naked Stone. The disc was scheduled to be recorded live in Riga Cathedral, Latvia, with the Latvian Radio Choir performing and Sigvards Klava conducting, a fortnight after its world premiere, which was to be held in March 2020 at the Auditori de Barcelona. The cancellation of all public activities due to the confinement and the pandemic forced the delay of its recording until that summer, “half on the sly”. In the aforementioned interview in Enderrock, Humet explains that the work has yet to be premiered in its entirety, although given the individuality of the seven movements, three of them have already been performed live: one at the Early Music Festival of the Pyrenees, in a chamber choir version, and two others in Vila-seca, by the Scherzo choir of female voices.