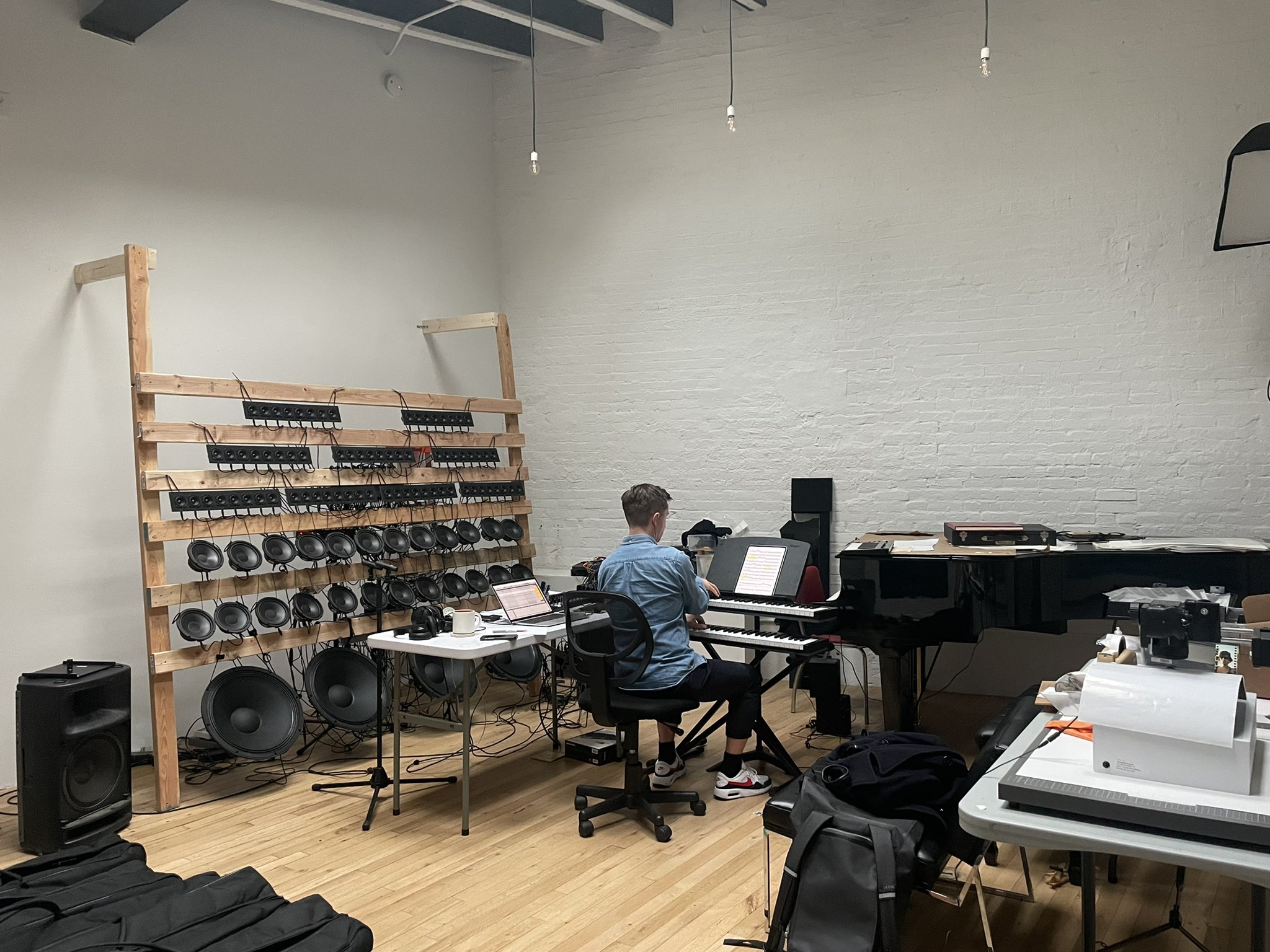 Music promoter (and amateur rock musician) Andrew Ousley has been organising the Death of Classical programme of concerts in unusual venues since 2015. Its first concert of 2022 takes place today at New York’s St. Thomas Church on W 53rd Street, almost at the corner of Fifth Avenue, and will feature the US premiere of Infinity Gradient, a work for organ and one hundred 1-bit speakers by American composer Tristan Perich (New York, 1982).

Perich is best known for his compositions for 1-bit electronics. 1-bit sounds are, for example, the beeping sound a PC makes when it is switched on, or birthday greeting cards that play a very simple melody when opened, or the smoke detector alarm. All these sounds have a common principle: they are produced by repeatedly turning the current to the built-in speaker on and off, or in other words, they are produced by alternating a signal between two states. These two states can be expressed by a number containing a single binary digit (bit).

Trained as a visual artist, Tristan Perich has found a way to intertwine digital composition with acoustic instruments. His use of 1-bit electronics has evolved from simple pieces for solo instruments and a single 1-bit processor – on his albums 1-bit Symphony, self-released in 2010, or 1-bit Music, released by Cantaloupe in 2011 – to large-scale pieces, such as Drift Multiply, released by New Amsterdam Records in 2020, in which he paired 50 solo violinists with 50 individually composed 1-bit tracks (relayed through small speakers next to each performer) to produce a sonic symphony of one hundred voices. Infinity Gradient, conceived in collaboration with English organist James McVinnie (Kent County, 1983), extends this idea with a composition for pipe organ and 100 speakers, each with a 1-bit track, to be performed by McVinnie on the 7,069-pipe organ of the historic New York church, in two performances, at 19:00 and 21:30 New York time. The piece was commissioned by the Nova Musique festival in Strasbourg and world premiered on 23 September in the church of St. Paul in that French city.