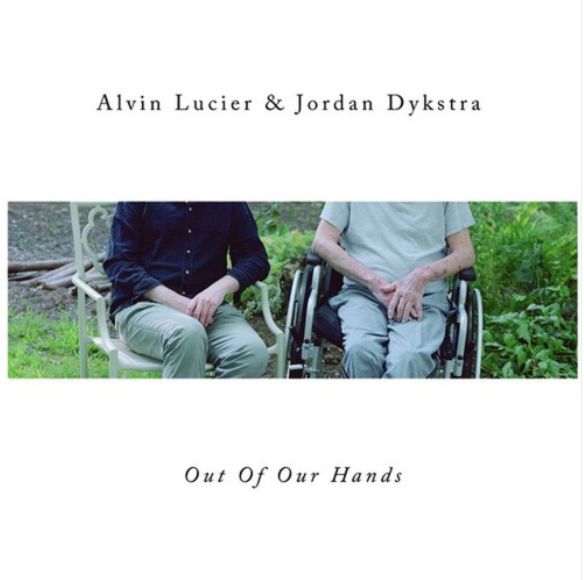 Jordan Dykstra releases his album “Out of Our Hands”, co-composed with late Alvin Lucier.

Jordan Dykstra (1985, Sioux City, Iowa) is one of the most restless composers on the American experimental scene, a student of, among others, Michael Pisaro, Wolfgang von Schweinitz, Ulrich Krieger and Alvin Lucier, whom he had as a teacher during his time at Wesleyan University in Middletown, Connecticut. Their relationship developed into a friendship, and in 2018 Dykstra asked him if he could commission a piece for the ensemble Ordinary Affects – the group in which he plays viola – to accompany his 32 Middle Tones, a commission from the Middletown Commission on the Arts to be premiered in April 2019. Lucier accepted the proposal and composed Corner Church and High, for string trio and two vibraphones.

The two pieces have recently been released on Important Records on an album entitled Out of Our Hands. The title of Lucier’s piece – Corner Church and High – refers, as Dykstra explains on his instagram account, to the street intersection where Lucier lived when he composed and recorded his landmark composition I Am Sitting in a Room (actually, the first recording was made at Brandeis University’s Electronic Music Studio, in Waltham, Massachusetts, but the second and final recording of the piece took place on 10 March 1970 in the small rented flat at 454 High Street in Middletown, where he had just moved after accepting a teaching position at Wesleyan University). Dykstra’s piece, 32 Middle Tones, is also inspired by the author’s time living in Middletown, “feeling uncertain where I would go next”, and its title is a play on the address of his Middletown street and harmonic microtonality used in the composition. And, coincidentally, both composers’ pieces begin with a simple sustained A4 in the strings. The parallels between the two works do not end there: the compositional techniques of the long drones are similar: more incisive and monochromatic in the case of the master Lucier and somewhat more delicate and ambient in the case of Dykstra – who also has brief silences that allow each part of the composition to begin with slight timbral modifications.