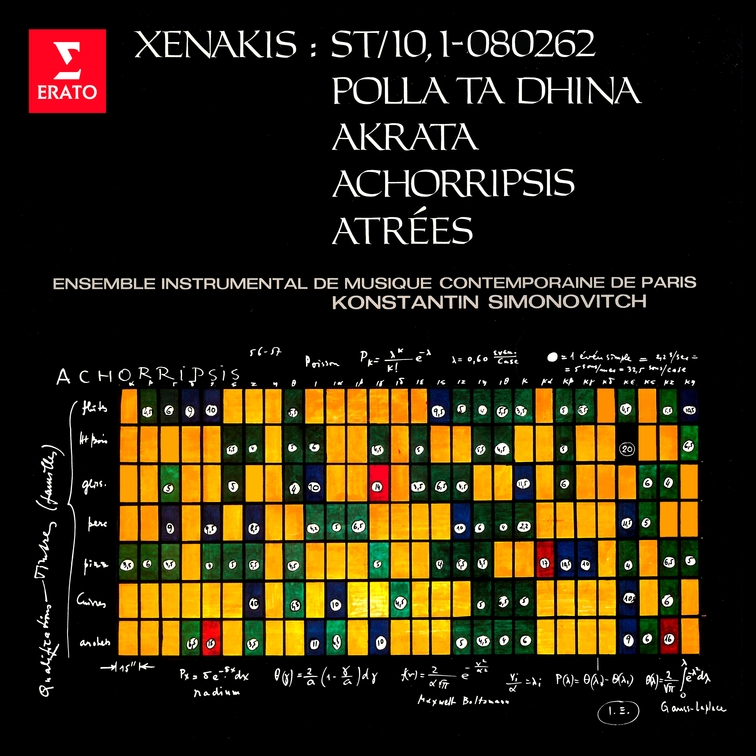 The Erato Records label reissues its historic recordings of pieces by Iannis Xenakis.

The centenary of the birth of Iannis Xenakis is one of the main musical celebrations of 2022, and the French record label Erato Records, founded in 1953 to promote French classical music (and since 1992 owned by Warner Bros. Records), has decided to pay tribute to the Greek-born composer by reissuing several of his historic recordings, originally made on vinyl, this May.

The third release consists of Bohor (1962), Diamorphoses (1957), Orient-Occident (1960) and Concret PH (1958), electroacoustic works that show his relationship with concrete music. Diamorphoses was his first work on tape and Concret PH was composed for the Philips Pavilion at the 1958 World’s Fair, which Xenakis designed as an architect.

The penultimate batch of releases includes remasterings of several recordings from the 1960s that have never been reissued since their original vinyl versions: Syrmos (1959), Polytope de Montréal (1967), Medea (1967), Kraanerg (1968) and Oresteïa (1965), conducted by Marius Constant. This includes Polytope de Montréal, composed for a sound-light installation that Xenakis made in the French pavilion at the Universal Exhibition of 1967.

Finally, the last two recordings, Terretektorh (1965) and Nomos Gamma (1967), conducted by Charles Bruck, are devoted to two spatialised works, which caused a sensation at their premiere, as they were performed with members of the orchestra placed in the audience.