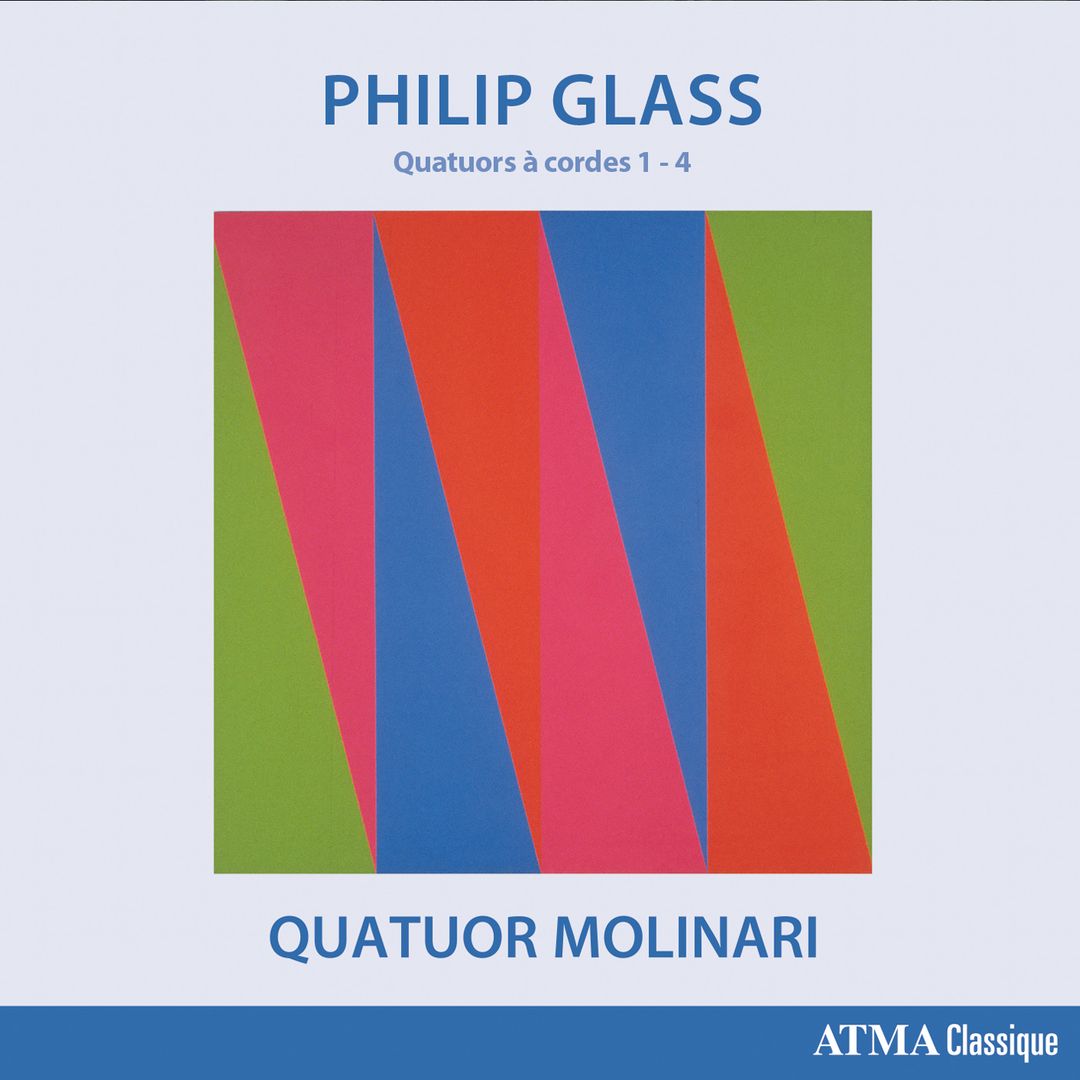 The Quatuor Molinari was founded in 1997 in Canada by violinist Olga Ranzenhofer in homage to the artist Guido Molinari (who, in addition to giving his name to the Quartet, also designed its logo), with the purpose of performing and promoting 20th and 21st century works written for string quartet, as well as encouraging new creations by commissioning pieces from composers. They are considered the Canadian equivalent of the American Kronos Quartet or the British Arditti Quartet.

With an extensive discography to their credit, published almost entirely by the Canadian label ATMA Classique, their latest release deals with Philip Glass‘s String Quartets, distributed in two recordings. The first, which includes quartets numbers 1, 2, 3 and 4, has just been released, but only in digital format. The second recording, which will include his quartets 5, 6, 7 and 8 (the “King Lear” String Quartet No. 9 is not included in the plans), will be recorded in 2023 and the two recordings will then be presented in a boxed set of CDs.

Glass’s String Quartet No. 1 dates from August 1966, just after completing his studies in Paris with Nadia Boulanger. For the follower of the American’s music, this experimental piece is only tangentially related to what is understood to be his mature style. Although it incorporates elements of his later recognisable repetitive structures, it is more related to the classical world and the way in which he escapes from the dodecaphonic atonal scale without returning to a traditional use of tonality either, approaching the melancholic sonority of Shostakovich. The two movements of the String Quartet No. 1 are divided into thirty-six modules; each module – ranging in length from seven to ten bars – consists of the repetition of a characteristic musical phrase. Although the degree of repetition and static harmony points towards minimalism, the chromaticism, dissonance and elegant counterpoint of the Quartet… are very different from the radically reductionist works that Glass would begin to compose in New York.

The next three quartets, composed between 1983 and 1989, are among his classical compositions. The String Quartet No. 2 “Company” was composed as incidental material for a staging of Samuel Beckett’s monologue Company. The String Quartet No. 3 “Mishima” (1985) is probably the most famous of these quartets, as it was part of the soundtrack for Paul Schrader’s film Mishima: A Life in Four Chapters. Finally, the String Quartet No. 4 “Buczak” was written in memory of the artist Brian Buczak, commissioned by his friend, the Fluxus artist Geoffrey Hendricks, and premiered on 4 July 1989, at the secular funeral held on the second anniversary of Buczak’s death from AIDS. Glass wrote it in the midst of a process of moving away from the strictest repetitive structures, a process that today could be described as post-minimalist. In fact, the music here is inspired by the quartets of Schubert and Dvořák.

This version by the Quatuor Molinari joins other pre-existing recordings of Glass’s early string quartets (e.g. by The Smith Quartet, the Carducci String Quartet, Brooklyn Rider or Tana Quartet), but is probably the one that offers the most “neutral” – or less “Glassian” – character in its interpretation, This is probably due to the enormous versatility of the Canadian ensemble, which includes in its repertoire works ranging from B – for Bartók, Berg or Britten – to Z – for John Zorn -, passing through Debussy, Gubaidulina, Ligeti, Penderecki, Prokofiev, Ravel, Rihm or Schoenberg.