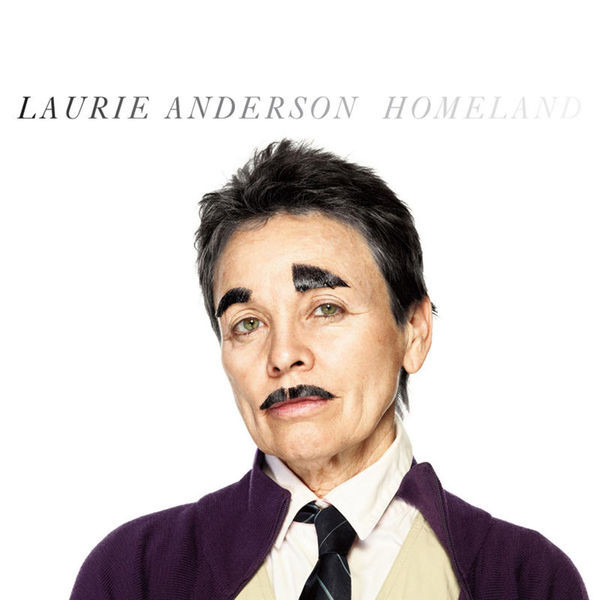 Nine years have passed since her previous work, Life on a String, but the truth is that Homeland, the show of which the album that summarises it is now being released, has been travelling around the world for three long years. In fact, it was the show she performed at the Cuartel del Conde Duque in Madrid in the summer of 2007.

Laurie Anderson has to be placed in context: she is basically a multimedia artist for whom the most important thing is the word, and music is the most direct means for the ideas she launches to remain in the brain of the receiver of her concepts. That is why, although music is her most recognisable medium, her work is not compared to other great artists of the sung word (Dylan, Patti Smith, Springsteen…) but to Artists, mainly pop ones (Andy Warhol, Jasper Johns, Robert Rauschenberg…).

And Homeland is the most intense work she has ever ventured into. Here she pours all the experience of her 63 years of life, refined into a true masterpiece. In short, it is a dissection of the United States, analysed with an ironic and devastating vision of its role as the Empire’s metropolis. Its foreign policy, its responsibility for economic collapse, the erosion of civil liberties, political hypocrisy… all subjects treated with more left-handedness than Michael Moore but with the same viciousness.

Laurie was discovered by the general public (before being Lou Reed’s girlfriend and later wife) for her O Superman (For Massenet), which reached number 2 in the British charts in 1981. On Homeland there is also a track with the capacity to be a hit: Only an Expert, the most rhythmic and resounding track on an album that should be a compulsory subject for study in schools, in which the least important thing is that there are (sporadic) collaborations with Antony Hagerty, John Zorn or Lou Reed himself.