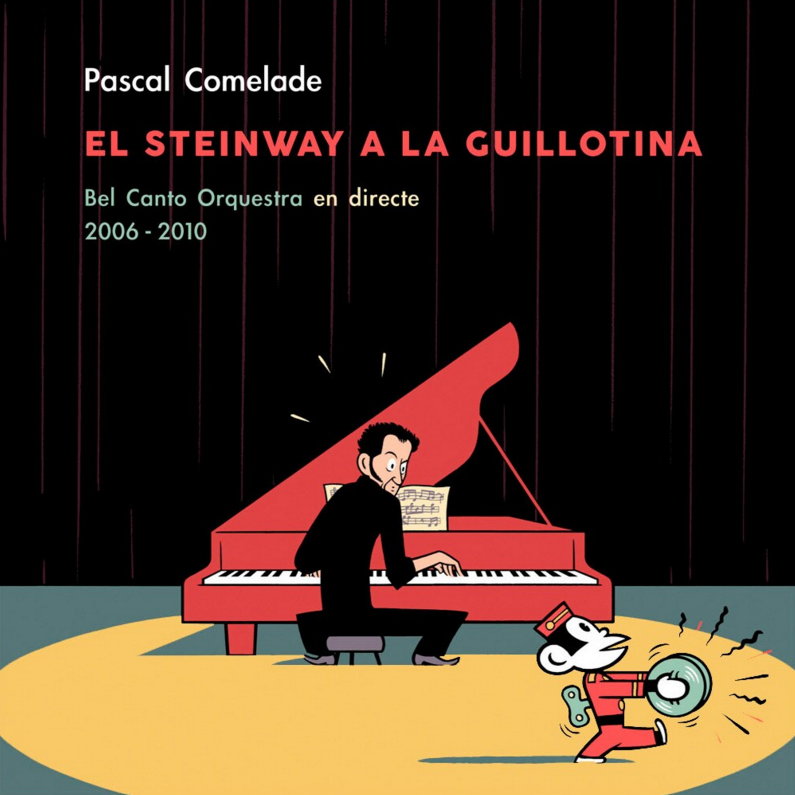 To the crisis, imagination. If they don’t sell CDs, they “give them away” with a comic… El piano rojo is a comic by Max in which characters from the Catalan musical underground appear: Pau Riba, Sisa, Victor Nubla and… Pascal Comelade. The set includes a previously unreleased track by the French-Catalan artist, El Stenway a la guillotina, recorded live in 2006 with his Bel Canto Orquestra and his very personal toy minimalism. There are tracks from several albums (Psicotic music’hall, Swing Slang Song, L’Argot du bruit or Espontex sinfonia), as well as those unlikely rock covers he does. On this occasion, he tears The Lords of the New Church, The Troggs and Jonathan Richman to shreds.