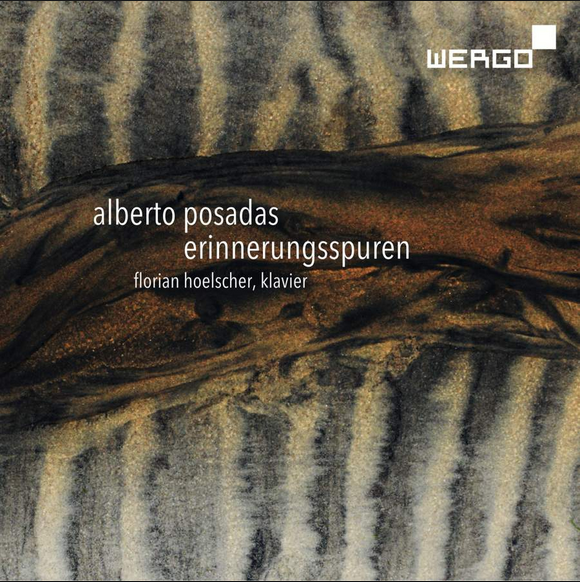 The composer Alberto Posadas (Valladolid, 1967), winner of the 2011 National Music Prize for composition, is one of the few Spanish composers at the forefront of European composition. A student of Francisco Guerrero, he is a structurally rigorous, very “mathematical” and “architectural” composer.

The album now released on the Wergo label, Erinnerungsspuren (Traces of Memory, in German) is made up of six piano pieces performed by Florian Hoelscher, in which Posadas starts from different composers to develop his own paths, in an encounter between past and present. The pieces are based, respectively, on “reminiscences” (this is the title of each of the six: Anklänge) of Francois Couperin, Debussy’s The Submerged Cathedral, Robert Schumann, Giacinto Scelsi’s Aitsi, Stockhausen and Bernd Alois Zimmermann, composed as if they were based on distant memories of piano pieces by each of the six composers chosen.