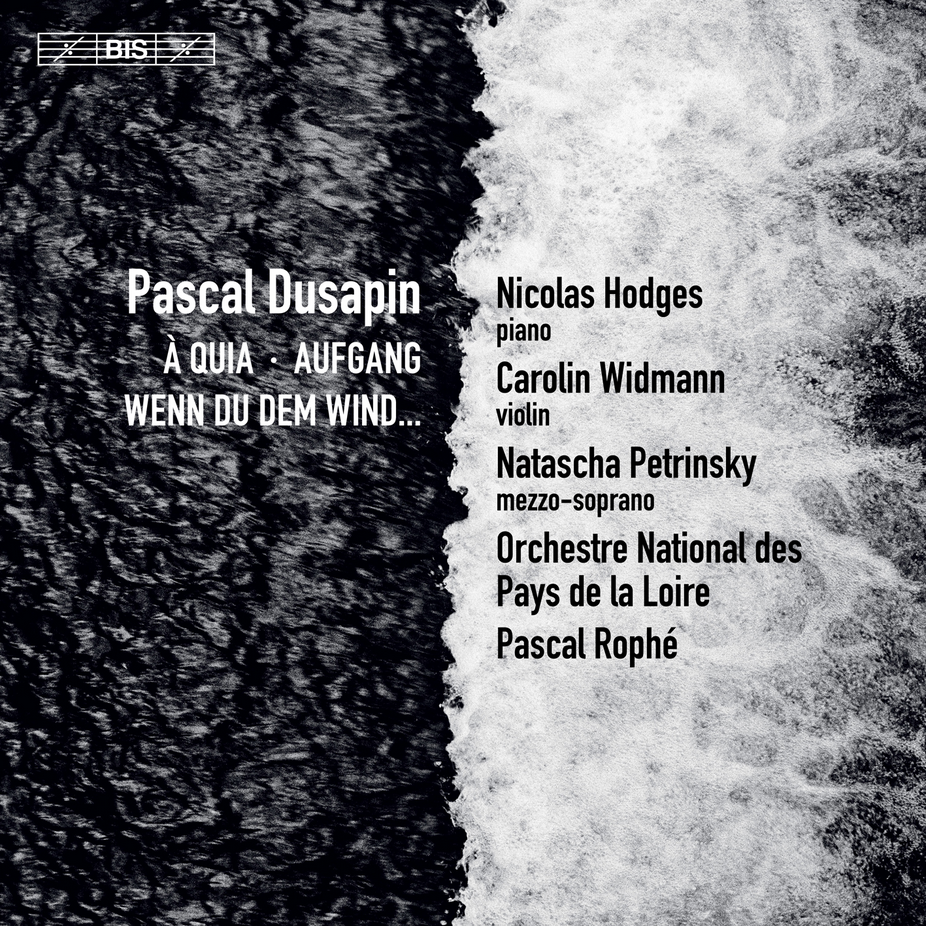 One of the great French composers between the 20th and 21st centuries, Dusapin (Nancy, 1955) belongs to that generation that discovered jazz and the Doors before classical music. But when, at the age of 18, he heard Edgar Varese’s Arcana, his life was turned upside down and he began to study composition. A favourite pupil of Iannis Xenakis (despite avoiding the use of electronics, so dear to the master, in his compositions), Dusapin has become a true figure of the new composition, as this compilation album attests.

The disc consists of three of his main compositions. It opens with Wenn du dem Wind (2014), three fragments (less than twenty minutes in total), from his opera Penthesilea, featuring the Austrian mezzo-soprano Natascha Petrinsky, in a work that could be (boldly) defined as if Alban Berg had lived thirty years longer to be able to compose Lulu.

It is followed by Aufgang (2011), a concerto for violin and orchestra, with the German violinist Carolin Widmann as soloist, which can be seen as a confrontation between light (the violin) and shadows (the orchestra) in which there is a beautiful dialogue between flute and violin, with jazz echoes in its rhythmic direction in its second half. The disc ends with À Quia (2002), a concerto for piano and orchestra, with the solo role played by the English pianist Nicolas Hodges, in which orchestra and piano also confront each other, in the even more bellicose sense of the term, as if it were a debate and not a dialogue.