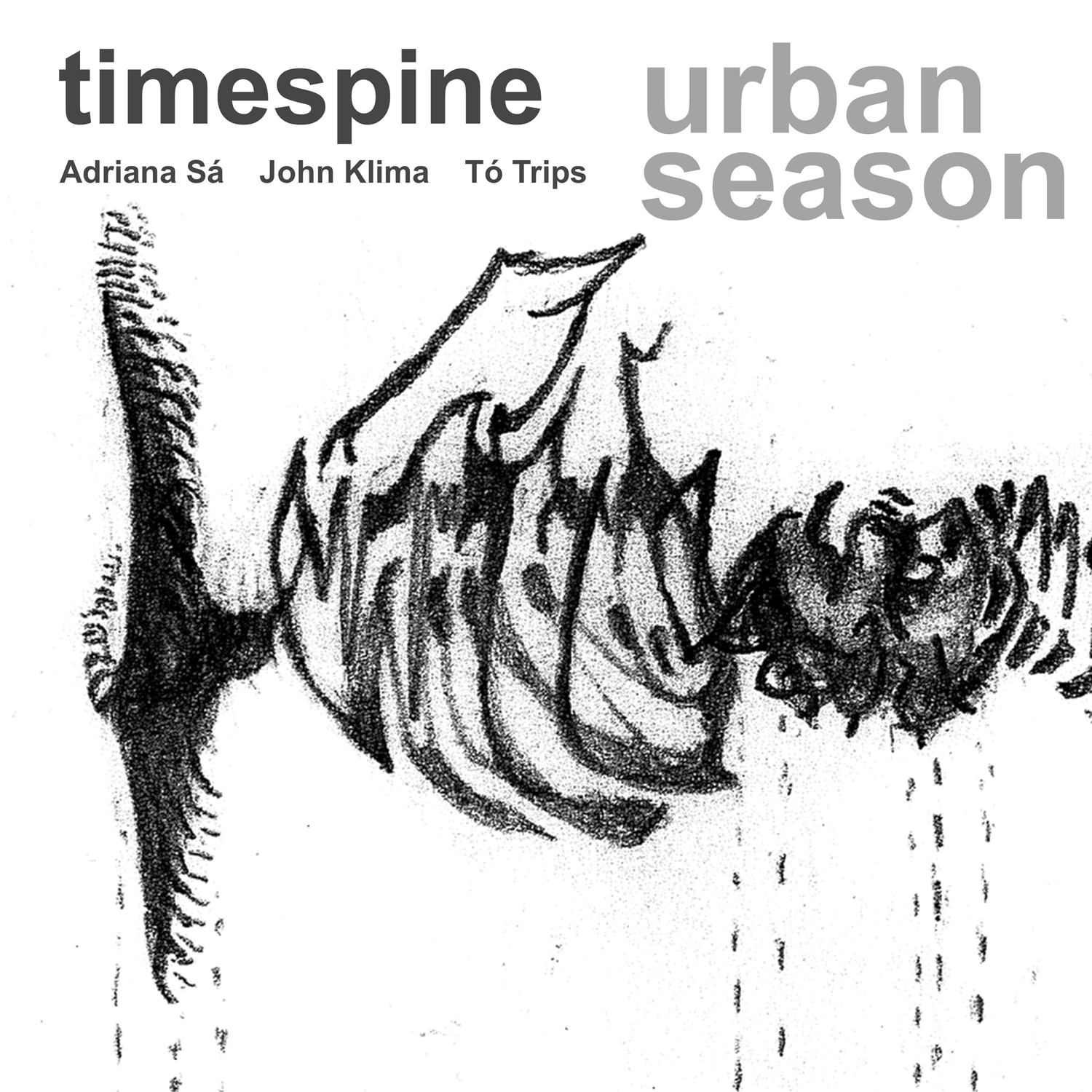 The Portuguese trio Timespine was founded in 2013 by three musicians from different backgrounds: Adriana Sá (zither and electronics), John Klima (electric bass) and Tó Trips (dobro and percussion), and debuted with an album of the same name. Five years later, fully established in Portugal as one of the leading groups of the new musical aesthetics, Urban Season appears, with its own established sound universe, a very particular world: the instrumental sound matrix is folk, but the trio does not use conventional compositions to immerse itself in tradition, nor does it explore pure improvisation. In this atypical project, the group works from graphic scores (authored by Adriana Sá) and the interventions of each of the instruments respect the visual indications, although each musician can transform his or her personal interpretation into music, which may differ from the interpretation of the other musicians. In other words, it is a semi-open music, where there is a wide margin for the creativity of each individual contribution. The result we find is exploratory music that incorporates various references – including recordings of ambient sounds – but ends up sounding like a coherent mass.