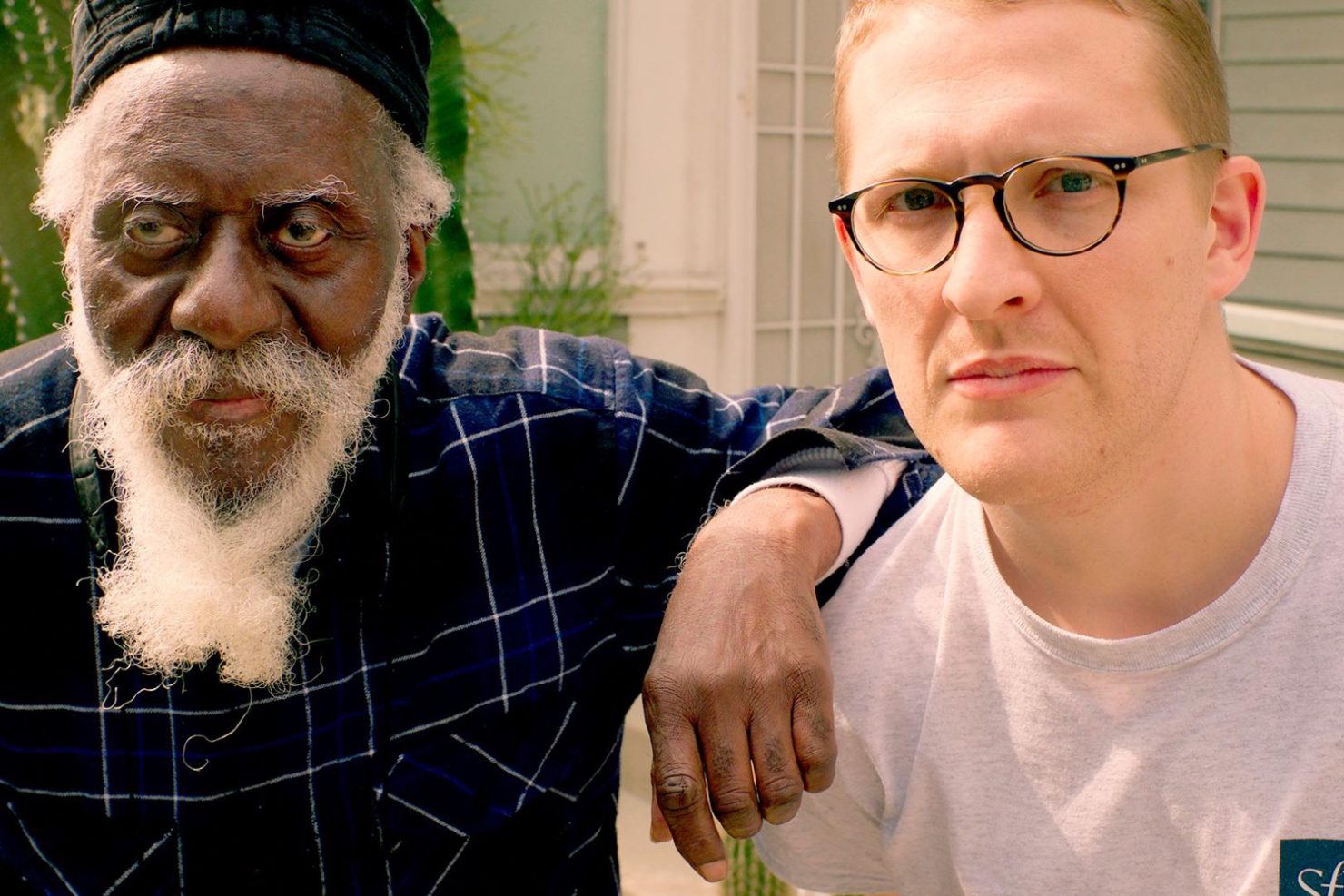 © Photograph downloaded from the Barbican Centre website. From left to right: Pharoah Sanders and Sam Shepherd (aka Floating Points).

“Promises: Through Congress”, at the Barbican.

Tomorrow, Tuesday, the Barbican Centre in London begins four days of open-air films that will take place in the London venue’s Sculpture Court. The programme begins with the screening of Pina, the film by Wim Wenders about the work of the German choreographer Pina Bausch. On Wednesday will be the European premiere of Promises: Through Congress, the 46-minute film by the filmmaker Trevor Tweeten in which the director recreates the painting Congress by the Ethiopian artist Julie Mehretu, made in 2003 and present in the collection of the Los Angeles museum The Broad. The film’s soundtrack features the music of Promises, the album composed by the British composer Floating Points (alias of the composer Sam Shepherd) and the American saxophonist Pharoah Sanders, with the strings of the London Symphony Orchestra, and released last March, also based on the painting: in fact, the album cover is a decomposition of Mehretu’s painting). Tomorrow’s programme is completed with Reflections: Mojave Desert, a similar 29-minute music and film project made in 2017 in which Floating Points provided the soundtrack for Anna Díaz Ortuño’s film shot in the desert between California, Utah, Nevada and Arizona.