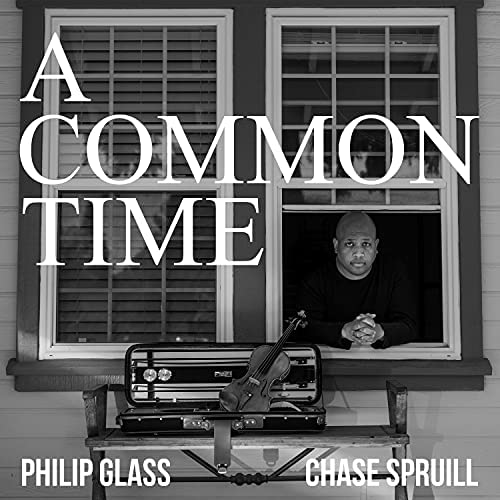 “A Common Time”, by Chase Spruill.

Philip Glass: A Common Time, the new album by the Californian violinist Charles “Chase” Spruill IV, published by Orange Mountain Music, is now available on all digital platforms, in which he performs seven representative pieces from the vast repertoire of the Bailtimore composer. The main novelty, however, is the piece with which the disc opens, Sarabande in Common Time, composed in 2016 for violinist Jennifer Koh but which had not yet appeared on any recording of Philip Glass. Chase Spruill has achieved an international reputation as a performer of contemporary music in the repertoires of Philip Glass Michael Nyman and Henryk Górecki.