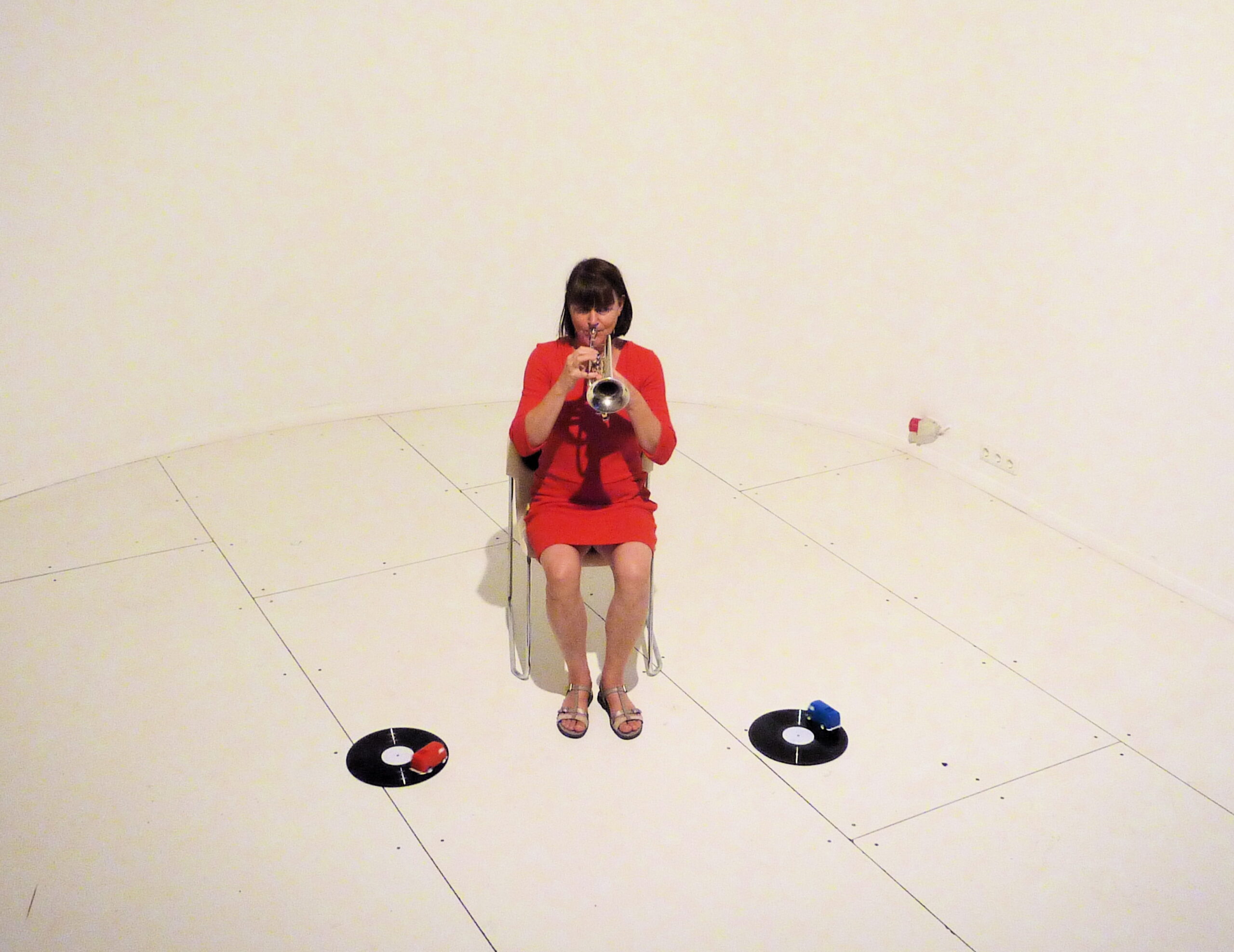 Tonight, at 21:00, as part of the twenty-third cycle of contemporary music at the Vostell Museum in Malpartida de Cáceres and co-produced by the Centro Nacional de Difusión Musical (CNDM), the German composer and trumpeter Birgit Ulher (Nuremberg, 1961), will offer her concert Matter Matters. With a neo-Dadaist inspiration, Ulher started out from free jazz and gradually incorporated Cageian and noise elements into her compositions. The concert will begin with the screening of the video How to Get Away by Car, created in Hamburg between May and July 2020, in which the sound part consists of a musical improvisation for sheet metal and toy cars. The German trumpeter will then offer three recently composed pieces for trumpet and other elements such as radio sets, record players, tape or voice modulators: Public Transport and Radio Drone, both from 2019, and Traces, from 2014, but included in her 2019 album Matter Matters.