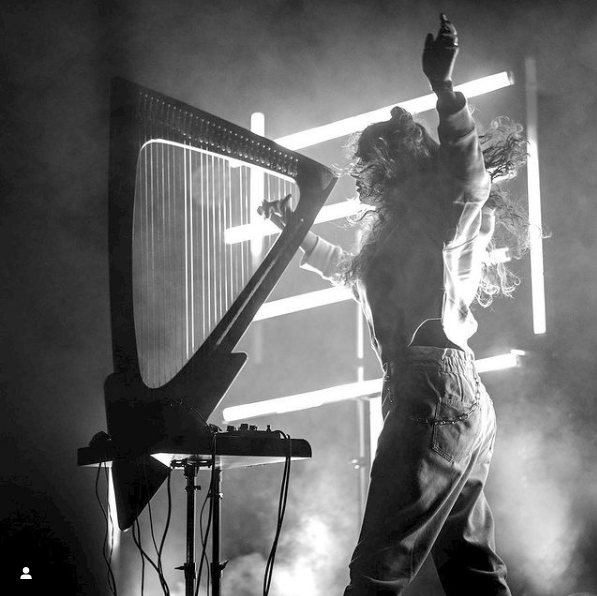 The Italian Institute of Culture in Madrid has begun to develop this October the programme In scena a palazzo of live musical and performing arts performances, which will be held in its magnificent auditorium from 14 October to 17 December. This Thursday it is the turn of the Italian-Swiss harpist Kety Fusco (Pisa, 1995), one of the most surprising figures of the current transalpine music scene, who became known at the beginning of 2020 with Dazed, an album of harp treated electronically, with loops and effects, and compositions made mostly together with Aris Bassetti. Subsequently, Fusco and Canadian pianist Lubomyr Melnyk met telematically during the confinement and recorded a beautiful short piece entitled Mantra, a perfect combination of the minimalist styles of both musicians from so far apart generations. Fusco’s last recording, already in 2021, is Ma Gnossienne, a version of Erik Satie’s Gnossienne No. 1 in which the harp generates sounds that have nothing to do with its classical timbre.