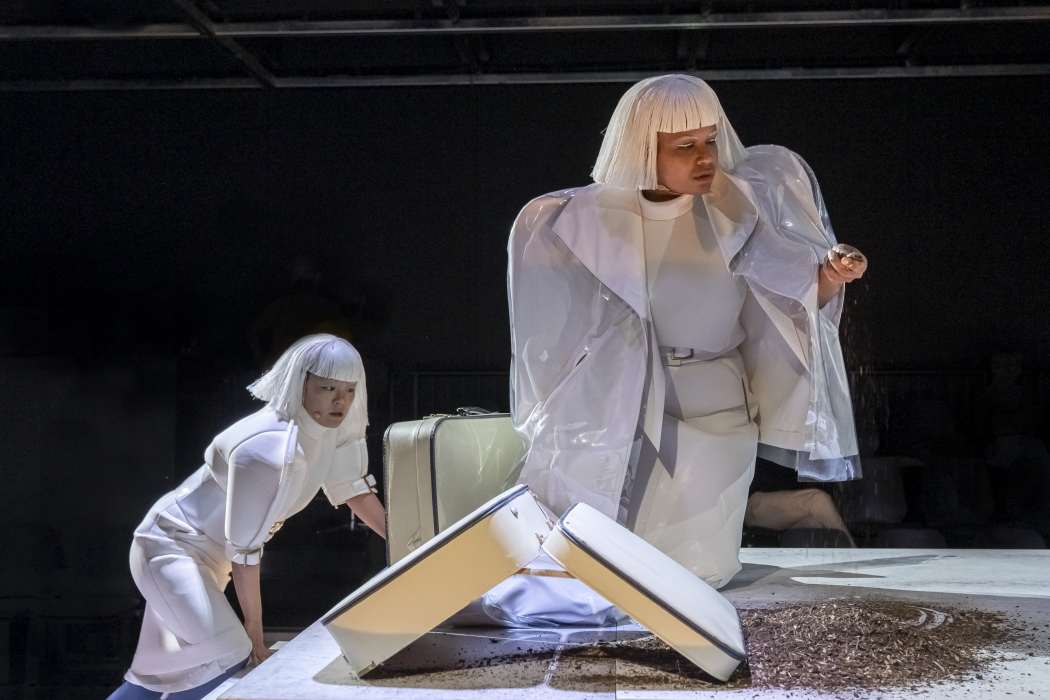 From this year onwards, the Lucerne Theatre will perform a female composer each season. On this first occasion, the chosen one has been the Chinese composer, multi-instrumentalist and performer Du Yun (Shanghai, 1977), whose two most famous chamber works, the orchestral piece for narrator and string quartet Zolle (2004-2005) and the fifty-five-minute chamber opera A Cockroach’s Tarantella (2010), are being given their European premieres today. The next performances will take place on Friday 29 October, 5, 12, 13 and 18 November.

In these two musical theatre works the New York-based Chinese composer addresses questions of belonging and feeling lost between worlds. In the amusing chamber opera A Cockroach’s Tarantella, a cockroach (in this case, Du Yun herself) describes the hardships of her life and, according to the author, “has a lot to say”. In Zolle the narrator is the spirit of a woman who wanders between the worlds of life and eternal life, unable to decide where to stay. The work of Du Yun – whose latest opera, Sweet Land, received the The Music Critics Association of North America award for “Best New Opera” in September – is situated at the intersection of opera, theatre, cabaret, musical, oral tradition, performance, visual arts and noise.

© Photograph by Ingo Hoehn of Du Yun’s chamber opera “A Cockroach’s Tarantella”, downloaded from the website of the Lucerne Theatre.