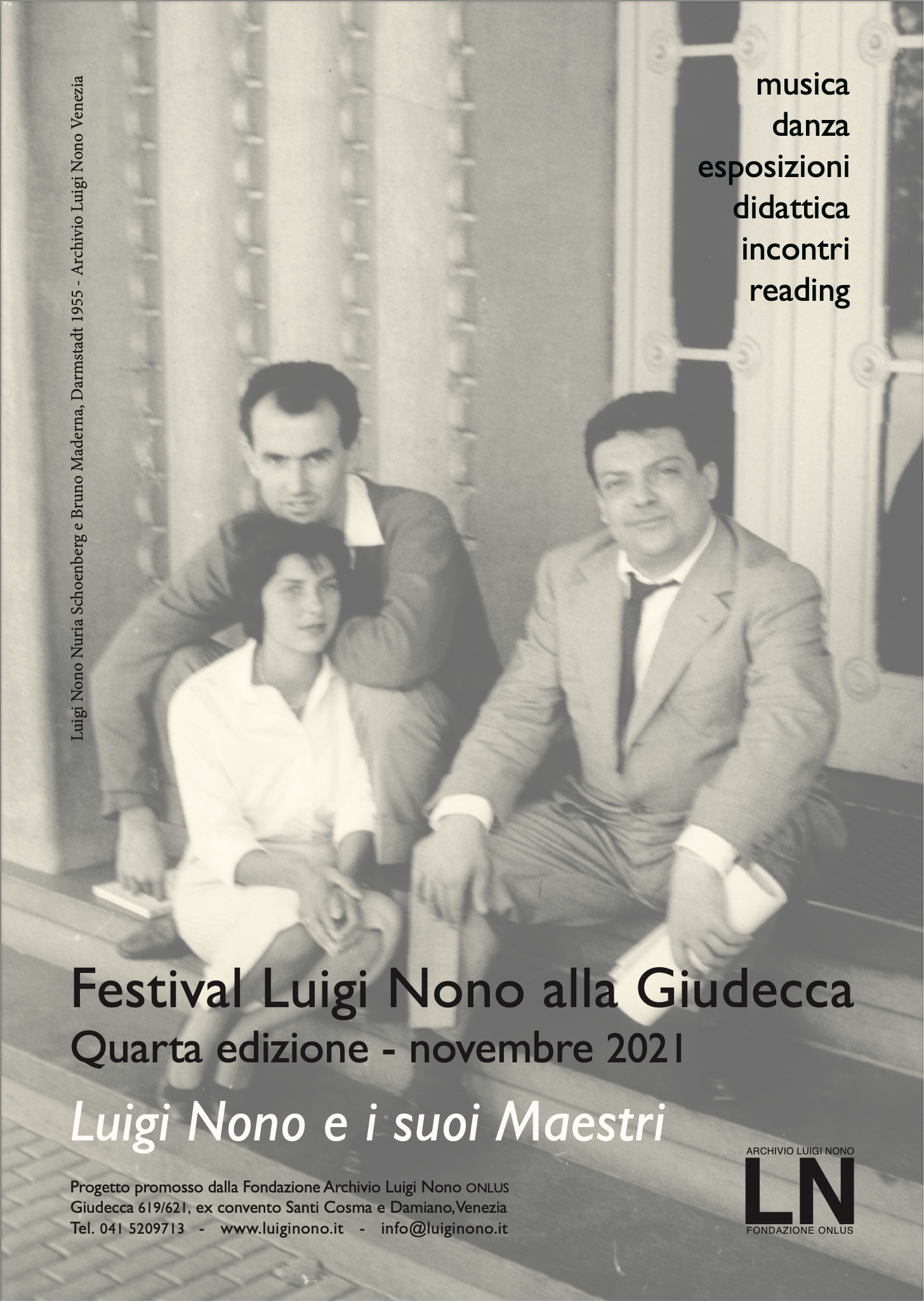 The fourth edition of the Luigi Nono alla Giudecca Festival begins in Venice on 3 November, dedicated on this occasion to Nono and His Masters, exploring the Italian composer’s relationships with other musicians, artists and writers who were fundamental to his training, especially his friend Bruno Maderna, who will be, precisely, the protagonist of the opening day, with the performance of two of his most emblematic short pieces for flute, Cadenza da Dimensioni III and Dialodia, interpreted by Federica Lotti and Caterina Stocchi.
The event will run until 27 November in various venues in Venice, such as the Luigi Nono Archive Foundation, the Benedetto Marcello Conservatory, Palazzo Grassi and the Church of the Redentore. One of the main works to be seen will be Aura / Sul Toccare le cose, a cycle of eight choreographic actions by Virgilio Sieni based on music by Luigi Nono and Claudio Monteverdi at Fondazione Prada in Venice.