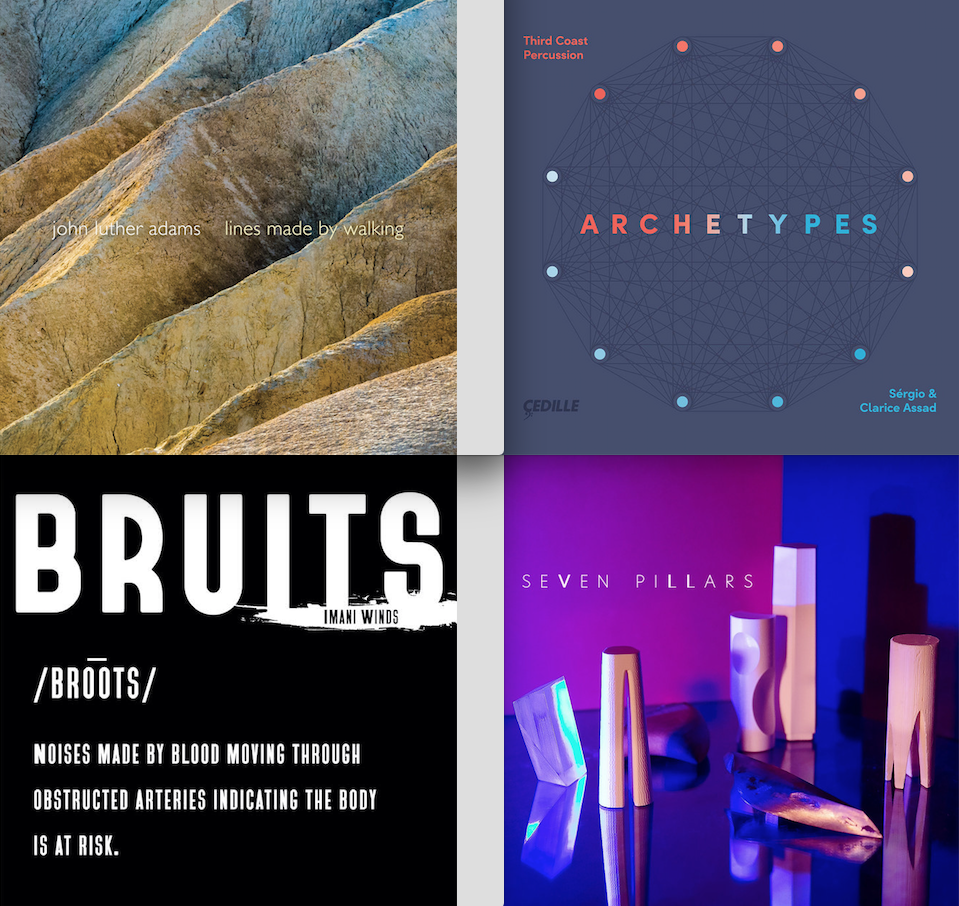 The National Academy of Recording Arts and Sciences (NARAS) yesterday announced the nominees for the 64th Annual Grammy Awards, which will be presented on Monday 31 January 2022.

In the category of Best Chamber Music / Small Ensemble Performance, the award is for new recordings of works with chamber or small ensemble (twenty-four or fewer members, not including the conductor). One Award to the ensemble and one Award to the conductor, if applicable. Of the five nominations, four are for works by living composers: John Luther Adams: Lines Made By Walking, by John Adams, performed by the JACK Quartet; Akiho: Seven Pillars, by Andy Akiho, performed by Sandbox Percussion; Archetypes, by Clarice and Sérgio Assad, with works by Sean Connors, Robert Dillon, Peter Martin and David Skidmore, performed by Sérgio and Clarice Assad & Third Coast Percussion, and Bruits, with works by Vijay Iyer and Reena Esmail and the recording premiere of Sometimes, by Frederic Rzewski, who died a few months after the release of the album, which is performed by the Imani Winds ensemble.

The fifth album is Hope Amid Tears, a performance of Beethoven’s Cello Sonatas by Yo-Yo Ma and pianist Emanuel Ax.