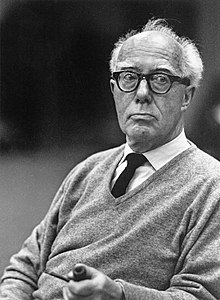 On 1 December, the London Sinfonietta will give a concert entitled A Catalan Celebration at the Queen Elizabeth Auditorium of London’s Southbank Centre. The show will open and close with two pieces by Roberto Gerhard (1896-1970), Libra and Leo, of which the London Sinfonietta gave their European premiere in 1968, the year of its founding. The two pieces are, moreover, the last two works composed by the Spanish composer before his death, and are based, respectively, on his zodiac sign and that of his wife, Leopoldina Feichtegger. The central part of the concert will be made up of two pieces written by two other Catalan composers, in this case living and young, Joan Magrané Figuera – with Faula – and Raquel García Tomás – with aequae. The programme is completed with a piece, Januaries, by the Australian Lisa Illean. “The Institut Ramon Llull were gracious enough to accept a piece in the concert to represent the British connection of the programme – says Phoebe Walsh, Marketing Manager of the London Sinfonietta -, and Lisa Illean’s piece was chosen because it works particularly well with the rest of the music being performed. Lisa is originally Australian, but she now lives and works in the UK”.