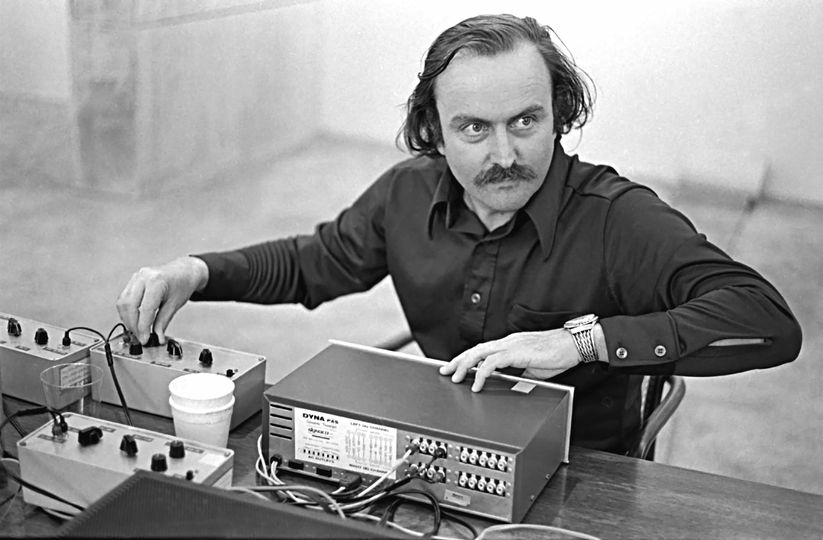 Alvin Lucier dies at the age of 90.

Mary Lucier posted just over an hour ago on her Facebook account the death of her ex-husband, Alvin Lucier, at the age of ninety. A composer of experimental music and sound art, he focused on the study of acoustic phenomena and auditory perception. He was, for many years, a professor of music at Wesleyan University in Middletown (Connecticut) and a member of the Sonic Arts Union along with Robert Ashley, David Behrman and Gordon Mumma.

Born in 1931 in Nashua, New Hampshire, Alvin Lucier studied composition with Aaron Copland and Lukas Foss at the Tanglewood Music Center. In 1960 he was awarded a scholarship that allowed him to spend more than a year in Rome. There he discovered works by Luigi Nono, Pierre Boulez, Karlheinz Stockhausen, John Cage and the choreographer Merce Cunningham, which broadened his creative horizon. Back in the United States, Brandeis University entrusted him with the direction of its chamber choir, which performs both classical and contemporary works.

After a choir concert in 1966, Lucier founded a composers’ collective that was active until 1976. In fact, the composer is especially known for his work in the field of electroacoustics. “His pieces are born from the scrupulous observation of the physical phenomena related to sound. It is at once radically simple and acoustically complex,” wrote Pierre Rigaudière about four years ago. For one of his most important works, I Am Sitting in a Room (1969), “he recorded himself in an enclosed space reading a text, and then repeated the recording in the same room, re-recording it,” says the Ircam website. “This process, repeated thirty-three times, gradually reveals certain frequencies, the words become unintelligible and are replaced by the harmonies and resonance of the piece itself.” Following the composer’s own version, the work was re-recorded at the 2012 Venice Biennale and performed again last May, on the occasion of Lucier’s ninetieth birthday, with ninety performers.

Lucier also explored and manipulated spoken speech in North American Time Capsule (1966). In Music On A Long Thin Wire (1977), a piano wire stretched across a room, activated by magnets and an oscillator, produced harmonics and changing sounds. Most of his works, Ircam notes, “explore the natural properties of sound in relation to space, propagation and interference phenomena”.

Lucier also taught for more than forty years at Wesleyan, extending his influence into a certain musical avant-garde, but also into show business: he composed the music for Robert Wilson’s play Skin, Meat, Bone (1994). He died at home on 1 December of complications from a fall, his daughter Amanda Lucier told The New York Times.