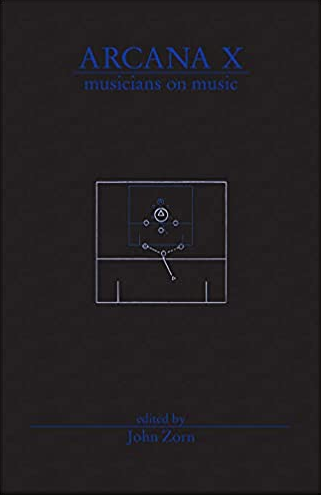 Twenty-five years ago, in 1997, John Zorn published Arcana, a first volume of texts – theoretical essays, interviews, critiques, manifestos, etc. – on new music and the avant-garde, written by the very musicians Zorn considered most outstanding and/or qualified to do so. That legendary first volume included texts by Fred Frith, Bill Frisell, Bob Ostertag, Z’Ev, Ikue Mori, Marc Ribot, George Lewis and Zorn himself, among many other authors, and became an success in the field of the most advanced music. So much so that it has been going on for five lustrums with successive volumes that in September it reached its tenth book, Arcana X. And it may well be the last, as can be read on the back cover – “its tenth and FINAL installment” (sic). Over the past twenty-five years, Arcana has published writings by more than three hundred of today’s most interesting musicians and musicologists, addressing topics such as composing, performing, improvising, collaborating, travelling the world or thinking about music from personal as well as philosophical and artistic perspectives, and covering fields such as jazz, rock, soundtrack creation or contemporary classical music.