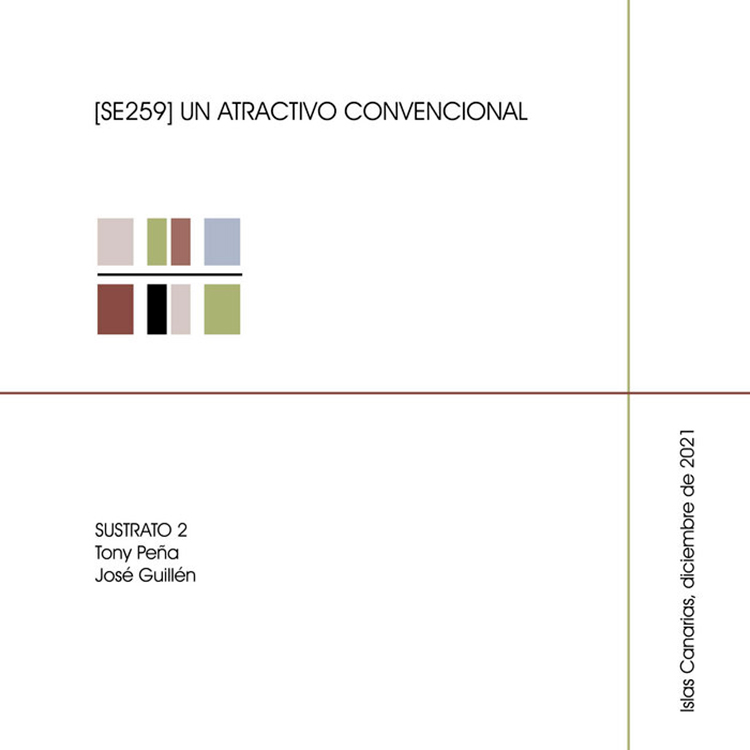 “Un atractivo convencional” (A conventional attraction) is the new Sustrato 2 album released by Six Ensemble. It is a recent improvisation session mastered at Dixit Studios in Tenerife on December 8. The result is five elegant and unconventional pieces by Tony Peña, electric guitar and José Guillén, synthesizer and piano.
Six Ensemble is an important collective of Tenerife-based artists dedicated to experimental music and free improvisation. Since in 2012 Zebenzui González, Tony Peña and José Guillén created the formation Electrocaustic Trio, germ of the collective, Six Ensemble works on the connection between improvisation and composition through graphic and textual scores, in addition to actions written by its members for different spaces, such as exhibition openings and other unorthodox places and contexts. On the other hand, Six Ensemble has performed concerts with works by contemporary composers such as Alvin Lucier, James Tenney, Juan José Raposo, Luis Tabuenca and Riccardo Massari. Other members of the Six Ensemble are Yurena Darias, Joachim Spieth, Juan A. Miñana, David Ramos and Atilio Doreste.