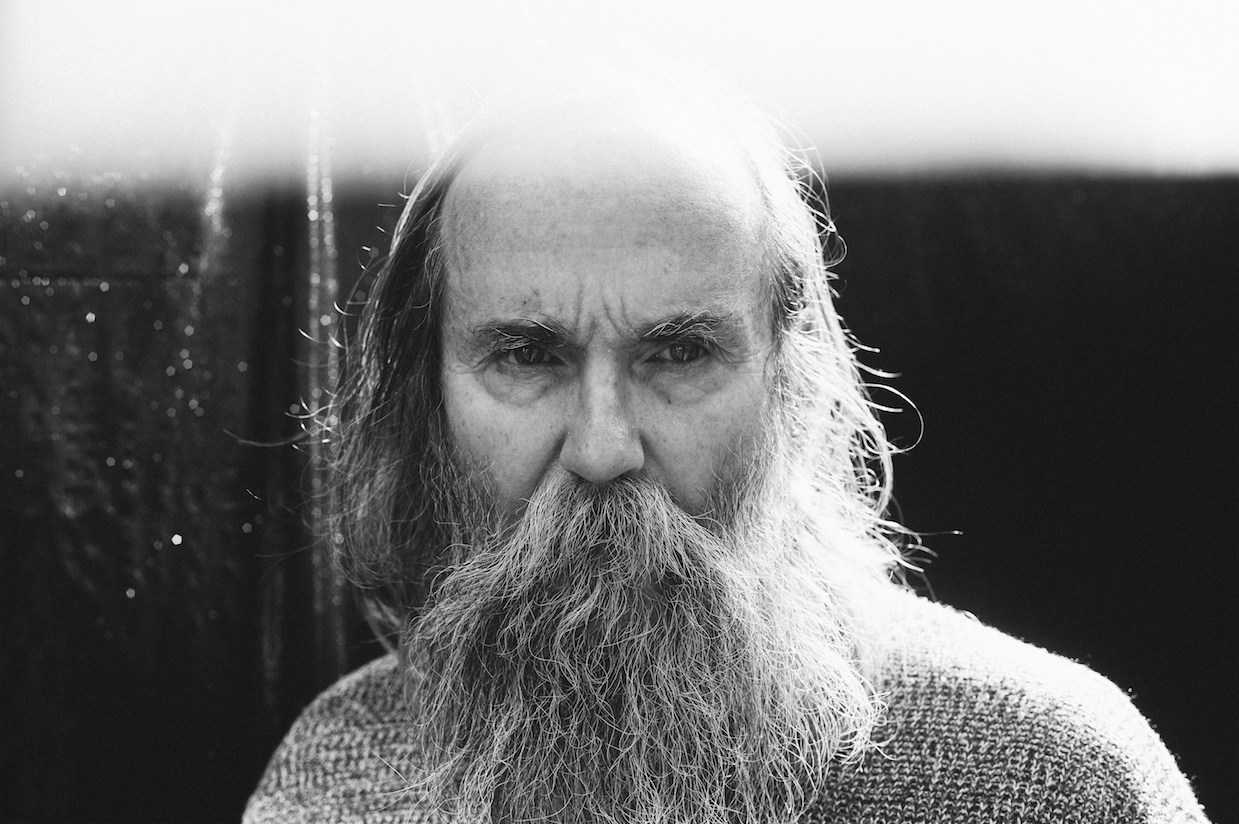 In January 2019 I requested an email interview with the Canadian composer and pianist Lubomyr Melnyk through the communications agency for Spain of the German label Erased Tapes. He had just released his album Fallen Trees and was about to embark on a world tour to present the album, coinciding with his seventieth birthday. The interview was to be published in the newspaper El Mundo – where I was a regular contributor from 1999 to 2019 – but, in the end, it was not to be. Almost three years later, here is the text as it was sent to the editor at the time. The year of the interview should always be taken into account.

On 22 December last the Canadian pianist and composer – born in Munich and of Ukrainian origin – turned seventy. A round number that deserved a celebration to match… For example, a world tour, such as the one that began at the end of January in London and which in the coming weeks will take in venues in Hungary, Greece, Finland, the Netherlands, Austria and Belgium, before moving on to North America, Asia, Oceania and returning to Europe, where he is presenting the compositions from his latest album, Fallen Trees.

Lubomyr Melnyk is known for being the creator of the so-called “continuous music”, a current of 20th century music that adds to the succession of styles that emerged after the Second World War (serialism, concrete music, aleatoric, stochastic, minimalism, spectralism, new simplicity, new complexity, etc.) and which has the curious peculiarity of having Melnyk as its only representative, which, given his age, has the appearance of becoming something of an endangered music.

What characterises his compositions? Fundamentally, an inexhaustible cascade of notes, the absolute lack of silence, the constant use of piano pedals. What is surprising is that, together with these characteristics, there is also an absolute lack of pretensions to intellectualism and virtuosity. “My piano studies were focused on classical music, but I was not a ‘virtuoso’ student, not at all”, he says in an e-mail conversation with this newspaper. However, there is a contradiction in his statement, which comes to the surface when one discovers that his music has a record behind it: in 1985, at the headquarters of the Sigtuna Foundation in Sweden, he underwent an experiment to measure his fingering speed and it was discovered that he could reach incredible heights of 19.5 notes per second with each hand, which in a longer period – exactly one hour – totalled 93,650 individual notes, that is: thirteen notes per second, we repeat, with each hand, without stopping…

Melnyk, however, has no ambitions to compare himself with legendary performers such as Arthur Rubinstein, Sviatoslav Richter, Vladimir Horowitz or Sergei Rachmaninov. Firstly, he does not consider himself a performer because he only plays his own compositions. And secondly, he denies that his ambition is the record. There are more spiritual reasons for this pursuit, which he has been pursuing since he made his recording debut in 1978 with KMH: Piano Music in the Continuous Mode. “My hope was that, through the fact that I can play at speeds that are physically impossible, even for the greatest pianists of the past, people might open their eyes to the beauty of this piano music,” he says, with a touch of sadness…. “But I have the feeling that I have not succeeded, because people, as I should have imagined, have misinterpreted that reality as a ‘championship’, rather than as a SIGN that this music and the pianist who plays it can do things beyond the capacity of Man”.

This music,” he adds, “at its core, is philosophy and religion taken to the extreme. It marks the dividing line between Fake Reality and Hyper Reality. This music is the door through which we enter the truth about Time and about our lives… for the pianist it is PHYSICALLY IMPOSSIBLE to play this music until he has gone beyond himself and beyond his normal body. Prayer and surrender (and abstinence) are necessary; all in order to attain the ability to perform this music. If your heart does not love God, you will never be able to play this music. Playing the continuous music creates energy, everywhere: in my body and in the room in which I play. It’s an act of surrender and love… so it doesn’t drain my energy. It brings it to me”.

Melnyk’s career began in Paris in the mid-1970s. There he met the choreographer Carolyn Carlson and began creating scores for the dance performances that the American choreographed for the Paris Opera. To her he gives much of the credit for the mystical dimension that has fuelled his own compositions. “I’m sure that being physically close to her body, the multidimensional being that she is, had a great effect on me,” he says. It was impossible to be physically close to her and not be lifted to another dimension, to a higher consciousness, to a higher level of existence”.

The three years he spent with Carlson (from 1973 to 1975) were those of his connection with the avant-garde world. However, the pianist – who belongs to a generation later than that of the American minimalists (Terry Riley, La Monte Young, Philip Glass or Steve Reich), all of them born between 1935 and 1937, and with whom he has certain formal similarities – declares that “continuous music was the child born of the love between the marriage of classical music and ambient music”, in which he places Riley or Reich. The composer, who has also defined his music as “maximalism”, does not confront it with minimalism; he simply disavows the term (first used by the British Michael Nyman, musicologist as well as pianist and composer, in an article published in 1968 in the weekly magazine The Spectator): “I detest the contradiction of the term ‘minimalist’. It is as silly as calling a wheel ‘square’…, or calling love ‘hate’… or saying that birds are amphibians. There is nothing minimal about minimalism”.

“My whole life has been linked to classical music,” he continues. “At home you didn’t listen to pop, only classical. My mother had a beautiful voice and sang a lot of Ukrainian folk songs and opera arias, so you can say that my home was completely permeated, from the time I was a very young child, with the magical beauty of classical music. And the taste for that beauty never leaves you. Classical music is mankind’s greatest achievement… and, unfortunately, people are getting stupider and stupider at being able to listen to it and appreciate it. My music (though not as good as Chopin’s or Bach’s) is an honest attempt to recapture some of its beauty and to translate that beauty into the living music of today. Continuous music is a world of its own… and its closest ‘relative’, in the realm of music, is classical music. My music does not come from any particular stream: it was born from the piano concertos and the piano music of the classics. In fact, this piano music is the next step to classical piano. It is the rebirth of the piano, the first time in history that the piano can sound with its natural voice”.