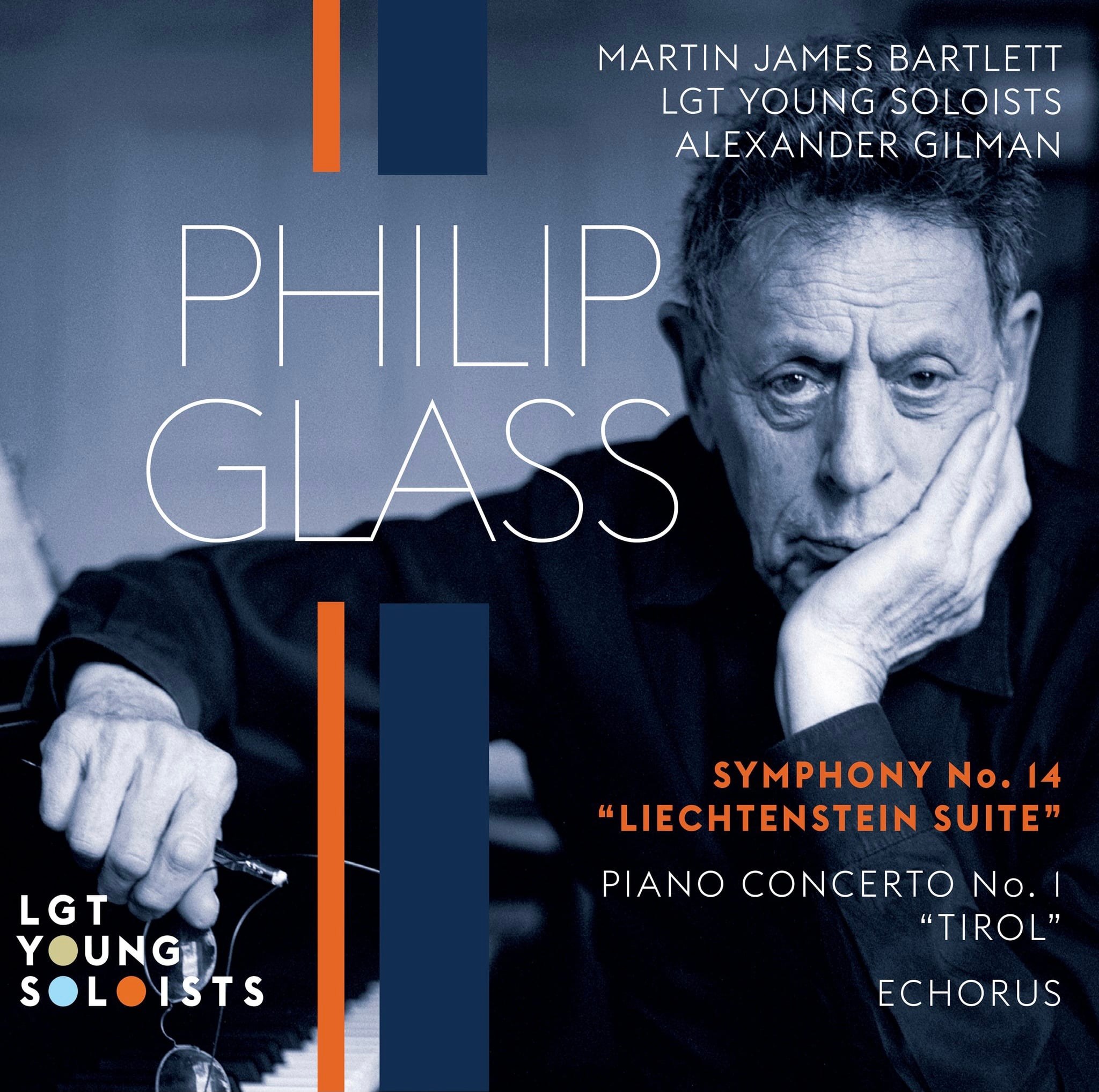 The Orange Mountain Music label has today released the world premiere of Philip Glass’, Symphony No. 14 “Liechtenstein Suite”, performed by the LTG Young Soloists conducted by Alexander Gilman, artistic director of the ensemble sponsored by LGT, the sovereign banking group of the Principality of Liechtenstein.

The disc has been released just a few months after the world premiere of the work, which took place at the Royal College of Music in London on 17 September. At the time, Gilman said, “I commissioned Philip Glass to write a youthful, virtuosic work suited to our ensemble. It was important that each group of instruments had a solo part”.

While in his most recent earlier symphonies Glass had abandoned long glissandi and repetitive string motifs as the driving force, focusing instead on rhythm and percussion, in this work in chamber orchestra format Glass has, in a sense, returned to his roots. Its first two movements are half movements, recalling the composer’s legendary film scores, now identified with the flight of a bird over the Liechtenstein mountains. In the third and last movement, Glass plays with the different string groups, allowing the violins or cellos to act in dialogue, counterpointing the tutti with solo passages.

The new recording is completed by the Concerto “Tyrol” for piano and orchestra – a work composed in 2000, featuring a solo performance by the young English pianist Martin James Bartlett, winner of the BBC Young Musician of the Year Award in 2014 at the age of 17 – and by Echorus, a short composition for two violins and string orchestra composed in early 1995 for Edna Michell and Yehudi Menuhin and performed here by the LGT Young Soloists violinists Amber Emson and Elif Ece Cansever.