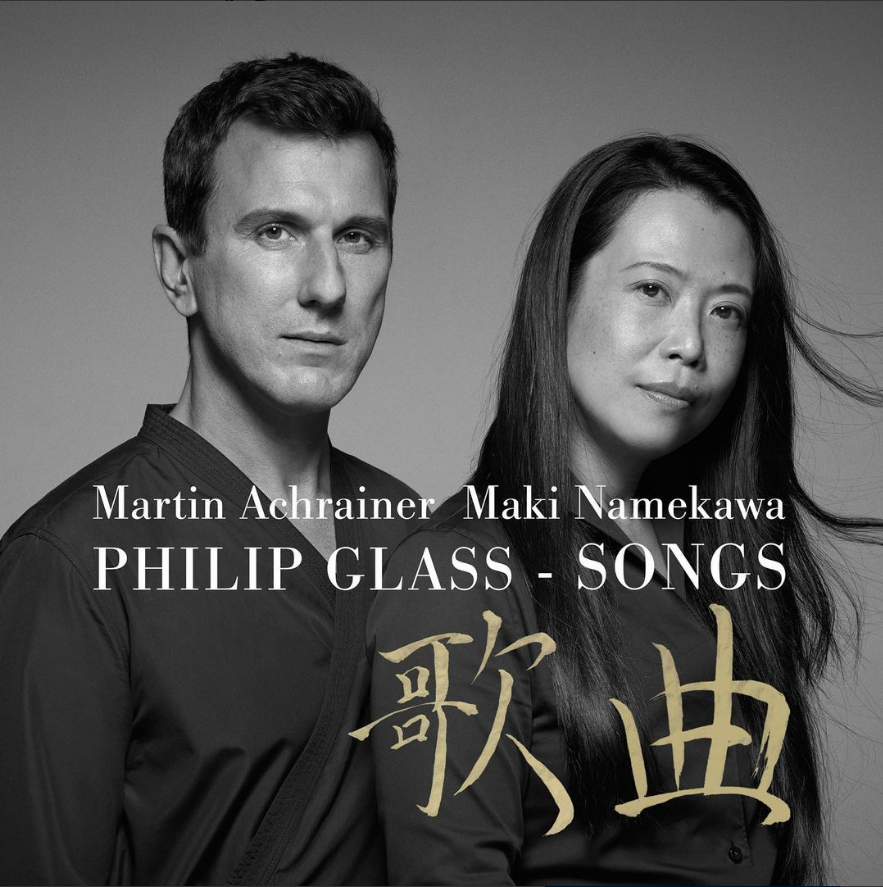 Austrian bass-baritone Martin Achrainer and Japanese pianist Maki Namekawa are releasing today on all digital platforms Songs, an album consisting entirely of six pieces by Philip Glass, including the first recording for baritone and piano of the three songs that make up the Songs of Milarepa cycle, which the Baltimore composer wrote in 1997 about the spiritual journey of Milarepa, a Tibetan poet who lived between nine hundred and a thousand years ago. Martin Achrainer is an accomplished Glass specialist, having sung in several of Glass’ operas, including his starring role as Kepler in the 2009 opera of the same title.

Meanwhile, Maki Namekawa, wife of conductor Dennis Russell Davies, is one of Philip Glass’s current favourite musicians. She was chosen by the composer to be the first performer to record his Complete Piano Etudes in 2014. The album is completed by Three Songs for Baritone and Piano, which is a collection of songs drawn from two sources: Glass’s 1989 opera Hydrogen Jukebox, created with Allen Ginsberg, and two songs from Monsters of Grace, the multimedia opera created in 1997 with stage director Bob Wilson.