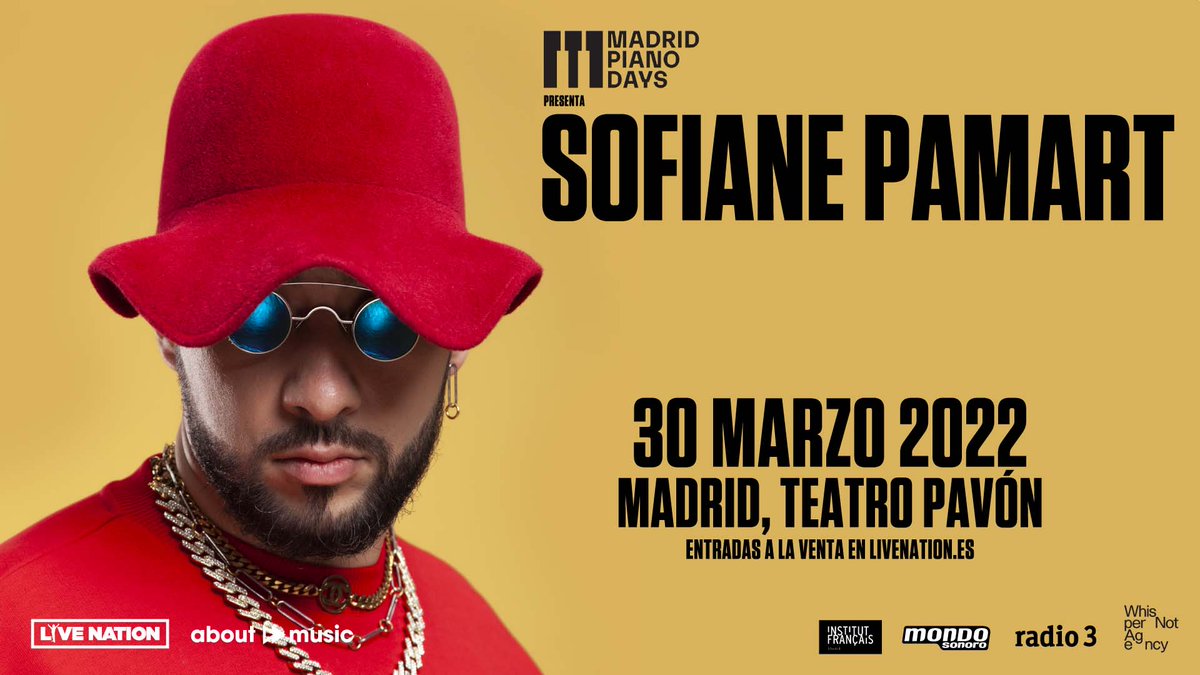 The French pianist Sofiane Pamart is the first name that has been made public of those who will take part in the Madrid Piano Days festival. The festival will be born in 2022 to coincide with the celebration of World Piano Day, a date celebrated on the 88th day of the year, a number that corresponds to the keys of the instrument. Sofiane Pamart, one of the ten most followed classical music artists in the world on streaming in 2021, has been chosen to open the festival. After his first performance in Spain, at the Soho House in Barcelona on 11 November 2021, his next performance in Spain will take place on 30 March 2022, at the Pavón theatre in Madrid.

The 31-year-old musician was born in 1990 in Hellemmes, in the suburbs of Lille, into a family of Moroccan Berber origin. He graduated as a pianist with a gold medal from the Lille Conservatory, and in 2019 released his first solo album, Planet, with twelve solo piano pieces, which became a hit on digital platforms, adding 18 million listens (in December 2020 Planet Gold was released, an expanded version, with twenty tracks). But Pamart has also become a figure in the rap or funk scene, accompanying French-speaking figures of the genre such as the Belgian Scylla (with whom he released his first album, Pleine lune, in 2018; and Pleine lune 2 the following year) or Dabeull (with whom he released their joint album Loving Life this year).