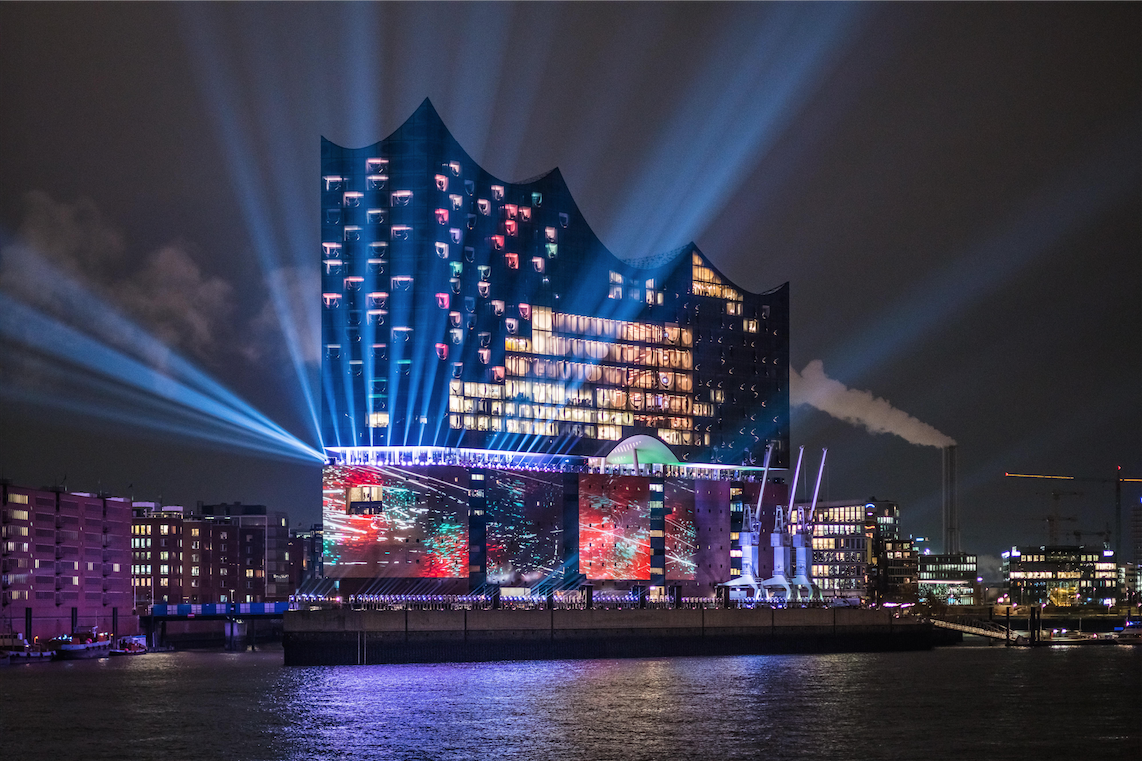 Five years ago, on 11 January 2017, Hamburg’s Elbphilharmonie concert hall, probably the most spectacular new cultural building of the new millennium, was inaugurated. This coming 9 January, a week of celebrations will begin with two new performances (9 and 10 January) of Jörg Widmann‘s oratorio Arche, commissioned by Kent Nagano, director of the Hamburg State Opera since 2015, for the inauguration.

The activities planned for the whole week will cover the entire musical spectrum that has a place in the fabulous building designed by the architectural studio Herzog & de Meuron, with a strong focus on contemporary music. On 11 January, the anniversary concert will be conducted by Alan Gilbert and will feature pianist Kirill Gerstein, and will include two pieces by the American John Adams – Tromba lontana and Short Ride in a Fast Machine – composed in 1986 as fanfares for orchestra; the Concerto for piano and orchestra by the British Thomas Adès, from 2018, and Wing on Wing, by the Finnish Esa-Pekka Salonen, a composition for two sopranos – the Finnish twins Anu and Piia Komsi.

The rest of the programme ranges from performances by two jazz legends, American saxophonist Charles Lloyd and American guitarist John Scofield, to the Berlin Staatskapelle conducted by Daniel Barenboim performing Schumann, American electronic composer Suzanne Ciani and Spain’s Jordi Savall. For the time being, the Elbphilharmonie’s resident chamber ensemble Ensemble Resonanz, which was scheduled to perform a programme consisting of Anton Webern’s 5 Movements for String Quartet, Op. 5 by Anton Webern, Sky Limited, by the Serbian Milica Djordjević; the Concerto for viola and orchestra by the Austrian Friedrich Cerha and the world premiere of Tikkun, by the German Sarah Nemtsov, and the multimedia show Breaking Waves by the Dutch duo Drift, in which hundreds of illuminated drones will choreograph the Second Movement of the Concerto for piano and orchestra by Thomas Adès in front of the façade of the Philharmonie, has been postponed until 28 April.

It is planned that several of the concerts will be webcast, in case the pandemic forces the postponement or cancellation of further events.