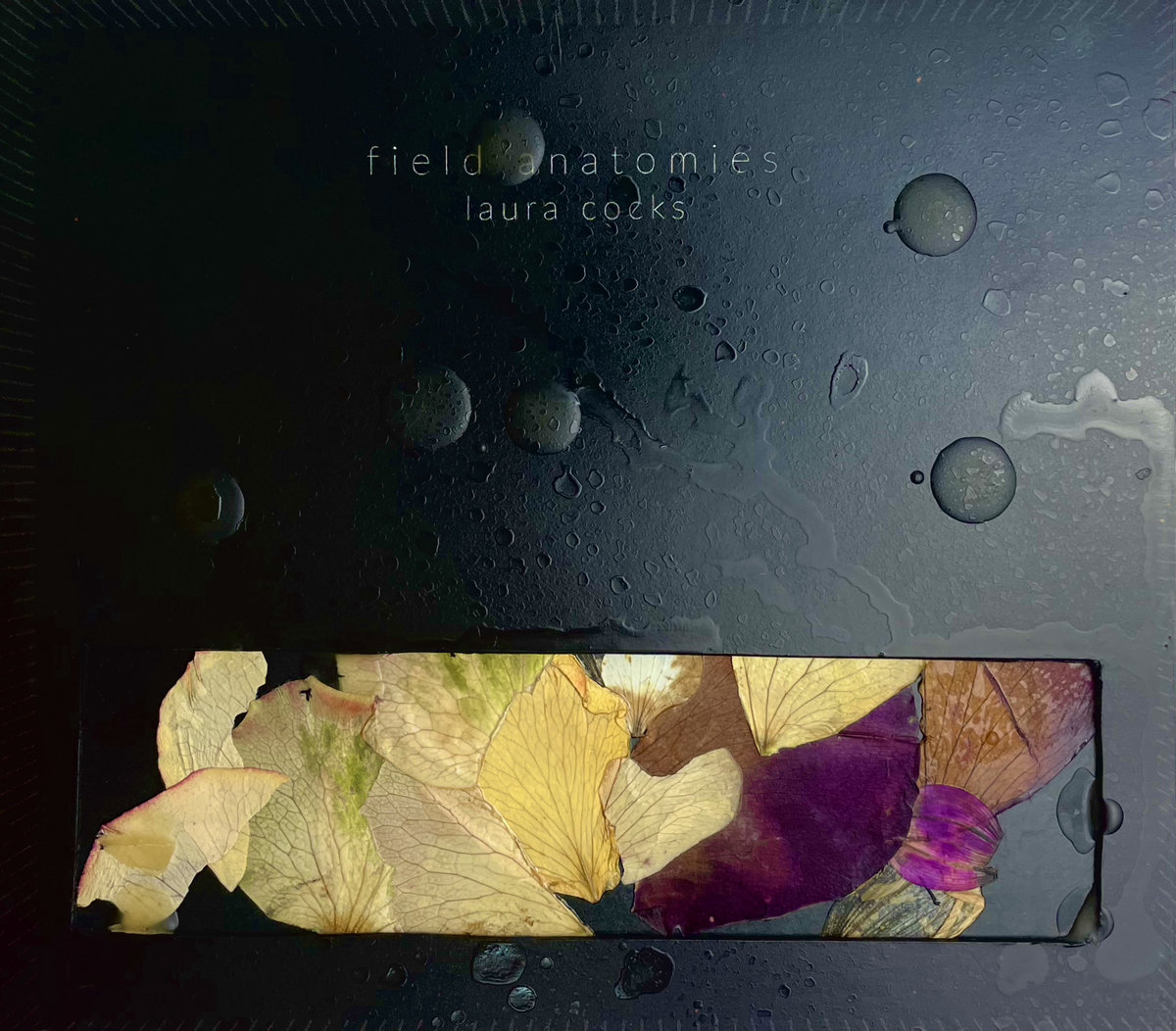 American flautist Laura Cocks is also the executive director of TAK Ensemble, a New York chamber quintet (percussion, violin, voice, clarinet and flute) specialising in the performance of the most experimental music being made today.

Although TAK has released several albums (some through their own label, TAK Editions), with their own and others’ work, Cocks has just made his solo debut with a solo flute album entitled Field Anatomies and released through Carrier Records, available on Bandcamp. It’s a five-piece album, with a total running time of almost 75 minutes, and if anyone imagines that flute music is sweet and simple, they can completely abandon the idea (even though the flute is accompanied by occasional electronic accompaniment on the album). The flute is an incredibly physical and direct instrument, in which one can hear the sound of a tense shoulder, a swollen stomach, a stiff neck. Body and flute can be one and its sound can be perceived as the immediate result of breathing, of vital physical action as the basis of sound creation. With that action so prominent in the flute’s unresisting timbre, the ramifications of what can be transmitted between sounding and listening bodies are immense.

The pieces of which the disc is composed are all intense, even searing. The disc begins with a real sonic slap in the face: the nearly twenty-minute Atolls, by David Bird, for solo piccolo plus another 29 spatialised piccolos. Bird’s website explains that in his performance, the 29 auxiliary piccolos must surround the soloist and the audience, and that “the tone played by the auxiliary players is derived from the combined spectral analysis of a drum cymbal and Janet Leigh’s scream in Alfred Hitchcock’s Psycho“. I don’t know how one can register the sensation that such an performance can produce in a recording studio, but the anguish that the author’s explanation tries to convey is perfectly perceptible in the listening.

The second piece is Oxygen and Reality, by American Bethany Younge, for piccolo, electronics and balloons that function as external lungs attached to the instrument, with which Cocks solves the problems of expiring all the air necessary for the piece to sound.

Spiritus, by Swiss composer Jessie Cox, means ‘breath’ in Latin, and the composition represents the ontological exploration of breath in relation to sound, in particular how breath warps the shape of sound and creates a ‘glow’ within it. The sense of channelling this exploration of breath with the flute, in a piece replete with harmonics and in which, moreover, two different pitches seem to coincide simultaneously, with the lowest note moving up the scale chromatically and the highest note moving down the scale chromatically, cannot be overemphasised. The whole piece, as a whole, offers a meditation on breathing that is breathtaking.

The haunting and gutturally expressive You’ll See Me Return to the City of Fury, by Colombian composer Diana Marcela Rodríguez (DM R), for flute and electronics, is the work in which the electronics are most prominent, and in the flute the use of glissando, both ascending and descending. Finally, the last work is Produktionsmittel I, by the Spanish Joan Arnau Pàmies. This is the first part of the composer’s most ambitious work, whose three Produktionsmittel together last two hours. This first one lasts twenty-five minutes and reflects, as its title indicates [means of production, in German], the physicality of performance, trying to represent the struggle of the individual in the face of the current socio-economic system. The score has more instructions than the performer can follow, so that he is forced, for almost half an hour, into a constant state of overload. Cocks solves the frenetic demands of the score with puffs, mouth noises, clicks or moans that he expresses through the flute.