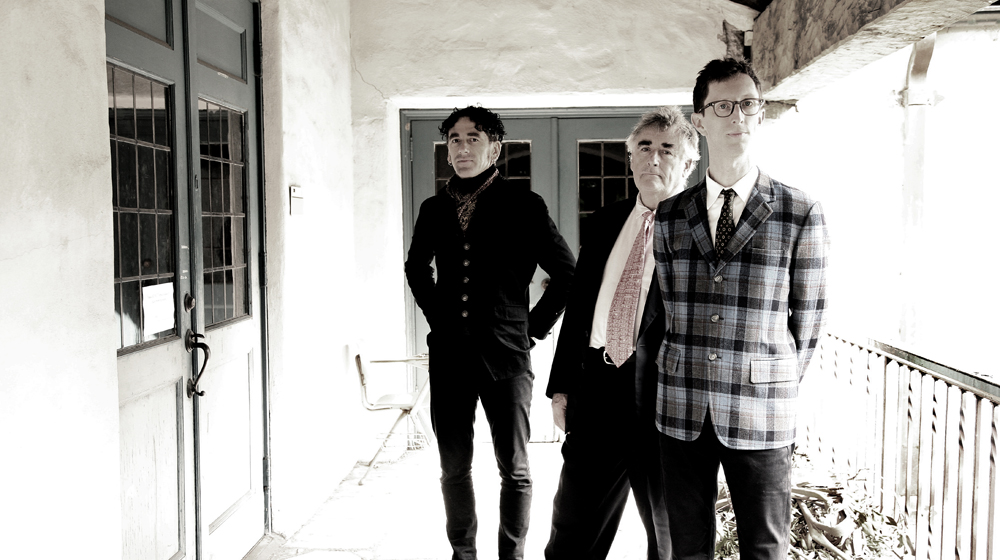 The Fred Frith Trio performs at L’Auditori playing their 2018 album “Closer to the Ground”.

Fred Frith, the improviser, the composer, the multi-instrumentalist, the teacher, the laughing outsider situated between rock and jazz, between improvisation and structured composition, returns to Spain after the improvisation concerts he gave in October in Madrid and Santa María de Palautordera, but on this occasion he will do so tomorrow at Barcelona’s L’Auditori with the Fred Frith Trio, the band he created in 2013 with bassist Jason Hoopes and drummer Jordan Glenn, to perform the second of their albums, Closer to the Ground, released by the Swiss label Intakt Records.

The music on that album, according to freejazzblog.org magazine “is hard to classify or pigeonhole (fortunately!): it’s not jazz, rock, fusion or noise. It is something else: whimsical, stubborn, recalcitrant, unpredictable, uncompromising, performed by three musicians who push their instruments beyond the boundaries of convention to create something new and fascinating”. The trio delivers “a relatively accessible album – although this is a relative concept – of raw, intelligent, creative and dark atmospheric pieces, with hypnotic rhythms that come and go, with haunting resonant guitar fragments cutting through a sombre and spacious sonic environment, mostly slow and linear, with the sole exception of the brief uptempo Betting On The World, where after forty seconds of calm the bass and drums get a chance to show off their skills at a faster pace, with a phlegmatic Frith continuing to play a chord for every measure, although the fun of the fusion is quickly destroyed with the harsh Love And Other Embers in which it evolves. The centrepiece, Stars Like Trees, is one of the standout pieces, its crushing atmosphere accentuated by strange rhythmic sounds like galloping horses, industrial destruction and piercing chords”.