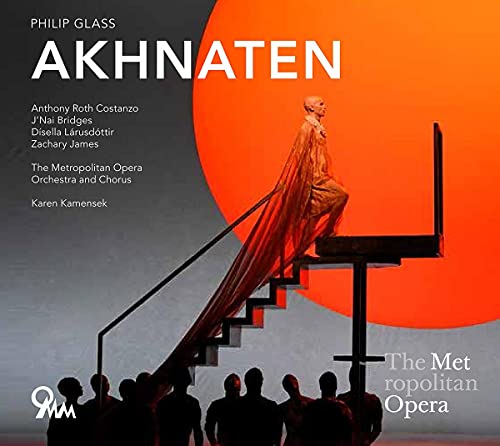 Philip Glass, who had been nominated four times, wins his first Grammy with “Akhnaten”.

American composer Philip Glass has won the Grammy for Best Opera Recording for Akhnaten. Originally premiered on 24 March 1984 at the Stuttgart State Theatre, the award-winning recording was performed live at the Metropolitan Opera House in New York in 2019, conducted by Karen Kamensek and produced by David Frost (The Metropolitan Opera Orchestra & Chorus), but was not released on the Orange Mountain Music label until last year because of the pandemic. The principal roles in the cast were played by countertenor Anthony Roth Costanzo, mezzo-soprano J’Nai Bridges, soprano Dísella Lárusdóttir and actor and singer Zachary James. The opera returns to the Met this spring in the same production, with seven performances between 19 May and 10 June.