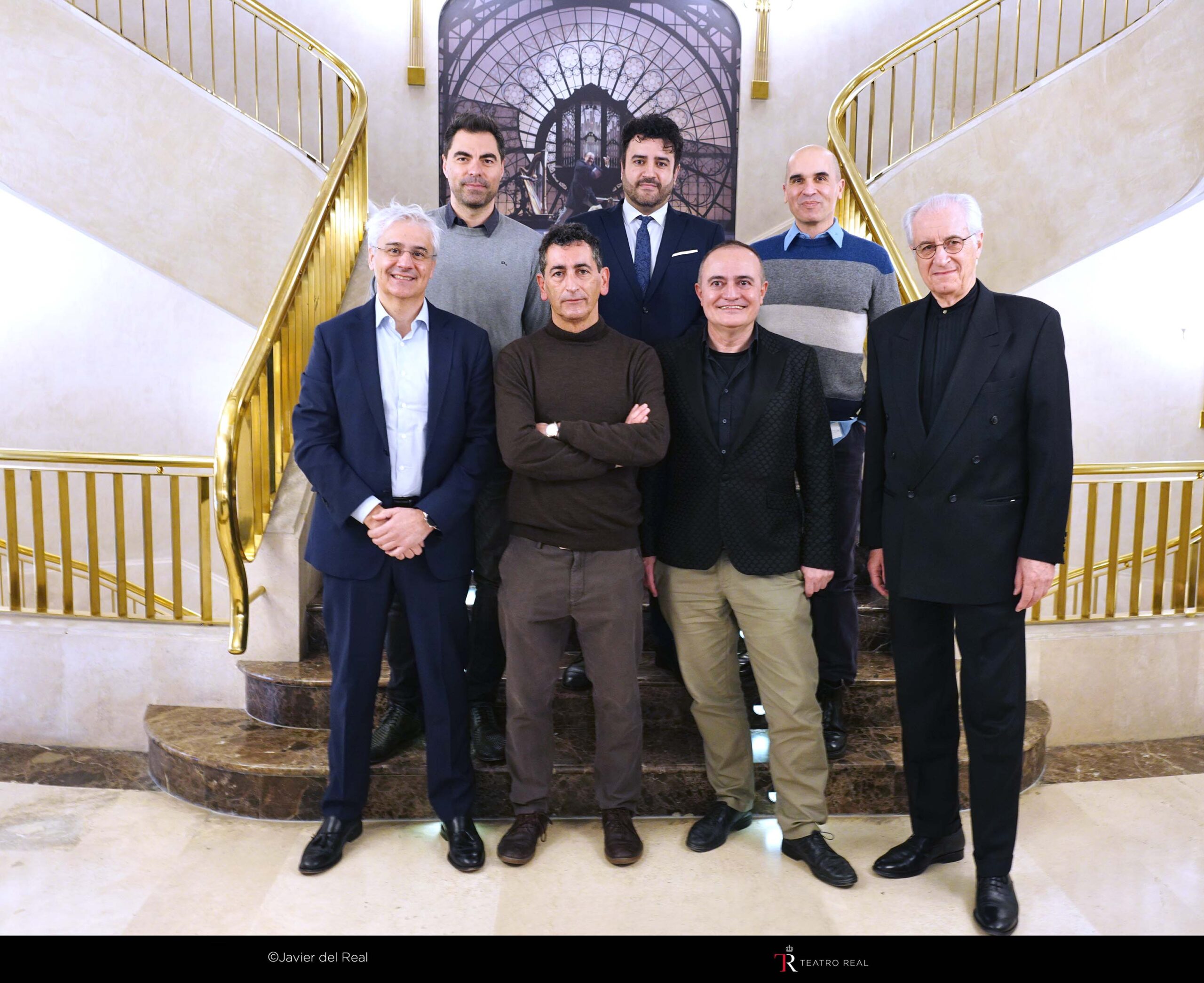 The Teatro Real‘s current opera programming is not, generally speaking, too daring. Presumably it is the tastes of patrons and traditional audiences that are, to a large extent, the “power in the shadows”. The risk that is not taken musically is usually accepted to a greater extent in its staging, and one of the great contemporary operatic spectacles offered this season by the Spanish institution is Extinción [Extinguisment]. However, as happened last year with Marie, the great musical opera by Germán Alonso (Madrid, 1984), performed by the Ensemble Proyecto Ocnos, with interesting scenography by Emanuele Sinisi (and absolutely dispensable, vulgar, hackneyed and opportunistic text by Lola Blasco), the premiere was moved to a chamber format, in the Teatro de La Abadía theater.
On this occasion, Extinción is another chamber music project – it should not be called an opera – with two very different and independent elements. On the one hand, the music: two baroque polychoral masses, the Missa pro defunctis and the Missa de batalla by Juan Cererols Fornells (Martorell, 1618-Monastery of Montserrat, 1680), organist, harpist, violinist and baroque Spanish composer with renaissance reminiscences, suitable for all audiences (traditional and contemporary, according to Steve Reich’s criteria, who admits he is not at all interested in music chronologically situated between baroque and contemporary). The first, composed in 1651 in homage to the dead from the plague that had been ravaging Barcelona for a year, and the second to celebrate a victory of the Spanish Thirds over the Kingdom of Naples. The musical interpretation will be provided by the Coro del Teatro Real and the ensemble Nereydas, a group founded in 2010, directed by Javier Ulises Illán with historicist criteria, based on the study of the sources and musicological work on each score to offer the style and spirit of each period and each work, using original period instruments or reliable copies of them.
The other individual element is the dramaturgy proposed by Agrupación Señor Serrano, a Spanish theatre company whose shows mix live video, models, performance and objects, which on this occasion counted with the intervention, as actors/performers, of Carlota Grau, Marcel Borràs, David Muñiz and Àlex Serrano (the Agrupación’s Mr. – señor – Serrano). Without text, only with video projections that amplify on a large screen the scenes that the video camera is recording live, the aim is to represent situations ranging from the discovery of the Amazon river by Francisco de Orellana to the current extraction of coltan in the Congo, for the operation of mobile phones, or the search for the place of the soul inside the body and its equivalence with Artificial Intelligence. All this is given in the presentation of the work by Agrupación Señor Serrano on its website, and without this explanation it would be difficult to know what is happening, beyond the, on the other hand, unquestionable aesthetic appeal of the company’s work, contrasted by its more than fifteen years of international professional trajectory.
More schematic in its staging, the part corresponding to the Missa pro defunctis, the Missa de batalla offered the most acting moments, most applauded by the audience, symbolising the industrial food that inflates us, leading us to obesity, with a very effective conclusion: popcorn poppers suspended from the ceiling began to fall on the actors, exploding popcorn that must have been something like the manna spoken of in the Bible.
The reduced dimensions of the space of La Abadía allow the spectator to see both the general shot of what is happening on the stage and the short shot selected by the camera. On the other hand, the arrangement of Nereydas and the Coro Titular del Teatro Real on the stage allowed, at certain moments, the sensation of natural stereo (without the need for amplification) due to the arrangement of the voices, while at the same time not distracting attention from the visually impressive actions offered by the theatre company, which can be witnessed live from its premiere on April 12th, with performances on the 13th, 14th, 15th, 16th, 17th, 17th, 19th, 20th, 21st, 22nd, 23rd and 24th, the date on which its performances end.