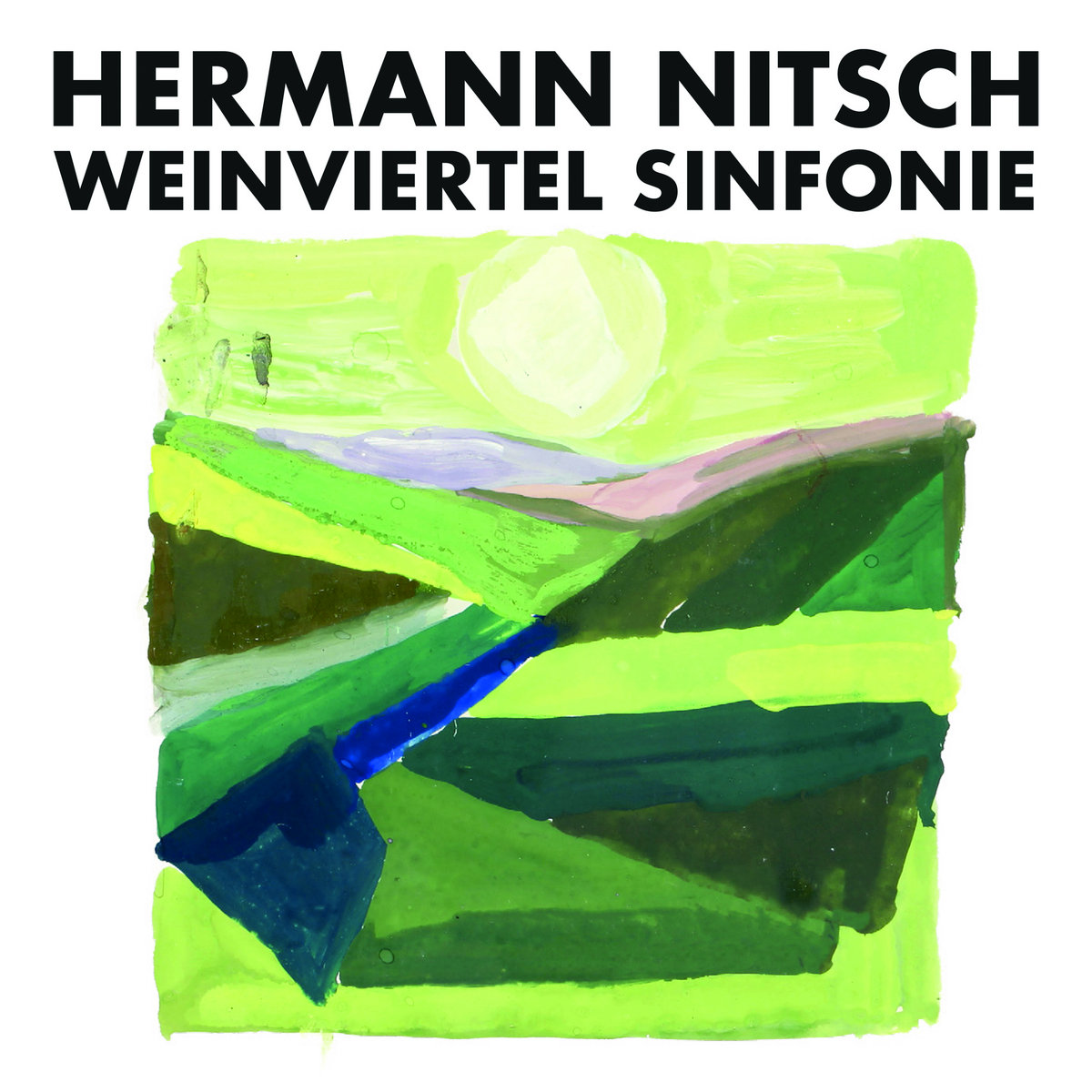 Almost a year ago, on 28 August 2021, the Vienna Radio Symphony Orchestra, conducted by Michael Mautner, premiered Hermann Nitsch’s Weinviertel Sinfonie at the Nitsch Museum in Mistelbach, Austria. The eighty-minute work in six movements – his second symphony for string orchestra – is a tribute to the Weinviertel (“wine quadrant” in German), the north-eastern quadrant of the state of Lower Austria, the country’s main wine-growing region. Nitsch himself, who was attentively following the premiere of the work, enjoying a glass of his Nitsch-Doppler, the white wine he produced on the vineyards of his castle in Prinzendorf, relieved Mautner at certain moments in conducting the orchestra.

That concert was recorded live and was recently released by Trost Records, barely a month after Nitsch’s death on 18 April. Music being for Nitsch an essential part of all his artistic work, this sonorous homage to the land where he decided to settle shows all the coincidences between this terrain and his music: sometimes rough, sometimes delicate, sometimes calm, sometimes effervescent, crescendo and decrescendo, harmonies and disharmonies.

The Weinviertel Sinfonie was originally a string quartet – Albertina Quartett – which the composer expanded into a symphony – “Schönberg also expanded his string sextet Transfigured Night for string orchestra”, Nitsch explained at the time – now converted into a work for twenty-seven string instruments, at times becoming a veritable wall of sound. Although Nitsch’s characteristic drone is present at various points in the symphony, overall this is arguably one of his most musically ‘accessible’ and easy-listening works; the various sonorities help to create pleasant images in the mind: the possible concert of birds in the trees, the rustle of the wind in the trees of the region, or even the beauty of Viennese waltzes (which he shows in repetitive fragments). The ending could not be more gentle and conciliatory, like the hills of the Weinviertel, with a last note of the first violin gently fading away.

© The album cover is a fragment of Hermann Nitsch’s painting Frühlingssinfonie (1958/59).