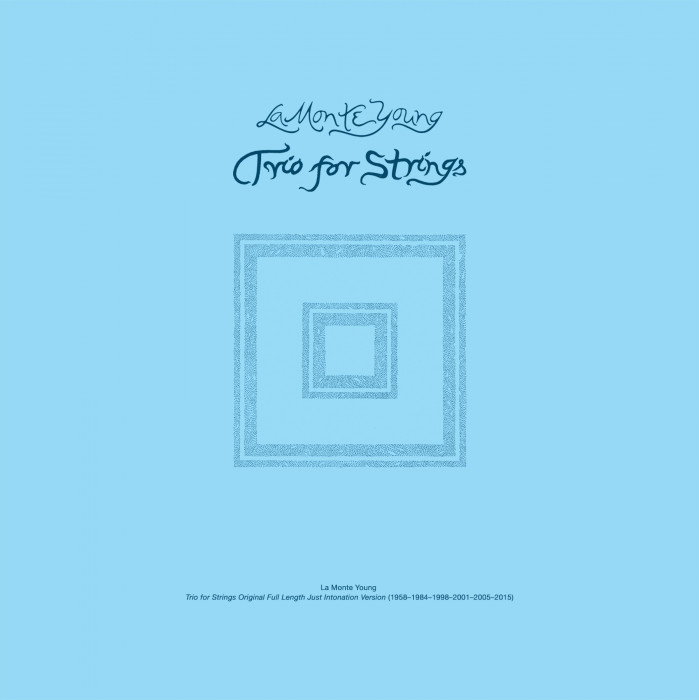 The Dia Art Foundation releases for the first time the “Trio for Strings” by La Monte Young.

Last year, the US non-profit cultural institution Dia Art Foundation published for the first time the cornerstone on which the whole musical movement known as minimalism has been built. It is La Monte Young’s Trio for Strings, a piece he composed during the summer of 1958, just after graduating from UCLA, at a time when Young was obsessed with Webern, with medieval and non-Western music, and with those drone sounds that had impressed him in his childhood: wind, transformers, lathes, railroad tracks. All this music had a common element of immobility and the sensation of floating, oblivious to the passage of time.

Trio for Strings is Young’s first mature work, but it has also become a milestone in the history of 20th century music, becoming, as it were, the original source of American musical minimalism. When Young began his graduate studies at the University of California at Berkeley in the autumn of 1958, the Trio for Strings was already completed.

What made this piece so special and groundbreaking? Quite simply, never before in the history of Western music had a piece of music been composed entirely on the basis of long sustained tones. Although the Trio for Strings is a strict serial work, it completely discards melody and rhythmic pulse, focusing instead on quiet, motionless chords that completely stop the passage of time. And each of these chords is separated by an equally prolonged silence, which only serves to enhance the impression of absolute stasis. The beginning of Trio for Strings, for example, consists of just three tones, one for each stringed instrument, but it takes more than five minutes for that single chord to build up and fade away.

Aside from possible intellectual and sonic influences, Trio… springs from the mind of an irreverent, iconoclastic student who has not yet finished graduating. Young himself is unable to explain it. “It’s hard to say how I first started composing long sustained tones, except that I really felt the need to do that,” he once said.

Young presented the Trio… as his “first homework” for composition classes at Berkeley with Seymour Shifrin, who, although an admirer of Schönberg, was not dogmatic and had an open mind that went much further. However, Shifrin was puzzled and told Young that if he kept composing that kind of music, he would not graduate. “He thought a piece had to go somewhere,” Young recalled, “and he literally said to me, ‘you’re composing like an 84-year-old man; you should compose a piece that has bars, that has moments of climax, that goes somewhere’.”

The Trio…, however, was going nowhere. Shifrin, although convinced of Young’s talent, had the feeling that his pupil might not really have intended to write the notes he had put on the staff, and to show him that what he had written was a mistake, Shifrin organised a performance of the Trio for Strings, with pupils, at his home. He thought that by giving him a chance to hear what he considered a “monstrosity”, he could make Young abandon the “wrong path”.

Present at the “premiere” were the other students from Shifrin’s composition class, including David Del Tredici and Pauline Oliveros. Young recalls that they reacted with “respectful bewilderment”. The performance soon achieved legendary status throughout Berkeley, and Young says that “almost everyone thought I was doing crazy things”.

The Trio…‘s original score was almost an hour long, but the first version took several hours to perform, and the one now released by the Dia Art Foundation, in a box set format with four vinyl LP’s, is 182 minutes long, recorded live during a series of concerts held in 2015 at Dia Chelsea – the Dia Art Foundation’s space on West 22nd Street in New York City – and performed by The Theatre of Eternal Music String Ensemble, which was directed by Charles Curtis and featured Curtis himself (cello), Reynard Rott (cello), Erik Carlson (violin and viola) and Christopher Otto (violin and viola). The box set design is by South Korean artist and musician Jung Hee Choi, a disciple of Young and Zazeela, and the calligraphy on the cover is by Zazeela herself. The box also includes a 32-page set of liner notes, with essays written by Young, Zazeela and Choi.

Young’s work is not easy to find. The composer is usually reluctant to “conclude” his works on record, with few exceptions, and with this work it is the same: he has continually reworked it over the years: the box cover lists the dates of composition as “1958-1984-1998-2001-2005-2015”: 57 years of gestation. However, in an article published by the American musicologist William Robin in The New York Times in 2015, on the occasion of the concerts in which this album was recorded, Young did tell Robin that this version, with a new tuning and duration “it’s the way it really should have been, and can be, and will be.”

This definitive version features two cellists and two violists-violinists, to avoid the need to keep the double strings in tune for impractical stretches. Temporarily out of stock, the box is available again and can be ordered by email at books@diaart.org.