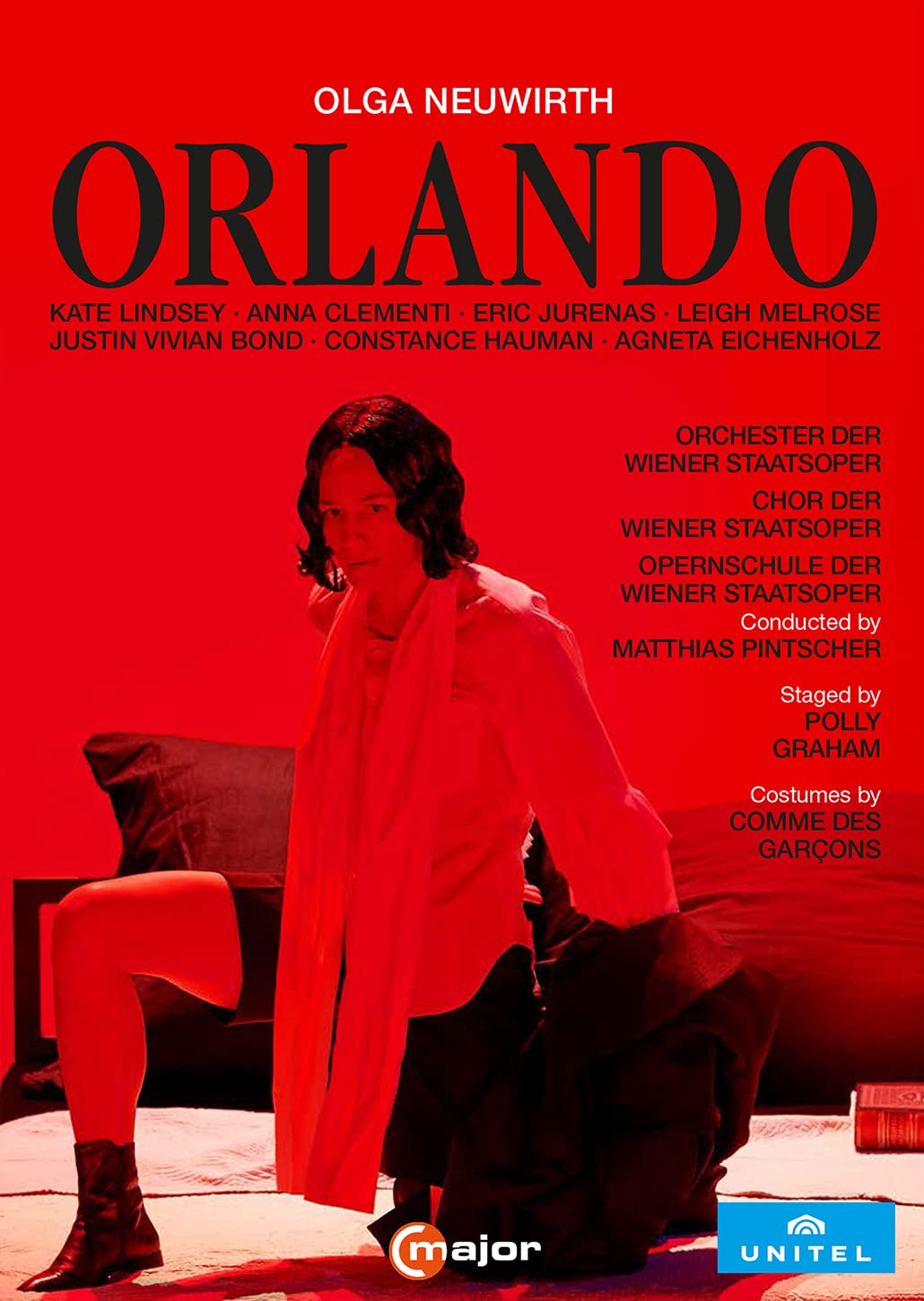 Joshua Barone said it two and a half years ago in his review in The New York Times about the premiere of Olga Neuwirth‘s opera Orlando at the Vienna State Opera: that it was the first work written by a woman to be staged by the Viennese institution was reason enough to make history. But the Austrian composer did not want to stop there and wanted the whole event to be a feminist statement, starting with the choice of the opera (Orlando: A Biography, the novel by Virginia Woolf, an iconic author of the lesbian community) and continuing with the participation of very talented women, both for the stage direction (the Australian Polly Graham) and for the co-writing of the libretto (the American Catherine Filloux, who collaborated with Neuwirth herself in its elaboration). The opera’s singers also included queer cabaret artist Justin Vivian Bond, who on this occasion exchanged the small stage of Joe’s Pub in New York for one of the most important opera temples in Europe and the world.

The premiere of the opera took place on 8 December 2019, and it was only a few weeks ago that the Berlin-based video label C Major Entertainment GmbH released this magnificent opera, which lasts almost three hours, in blue ray and DVD format.

Its starting point is Virginia Woolf’s Orlando, a witty satire of gender roles. The story is quite atypical and lightheartedly told: Orlando is an English nobleman who is born in the Renaissance, does not die and is only 36 years old in 1928, the year the novel is published. He also writes poetry and – this is the crux of the story – transforms into a woman without becoming a different person: it is those around him who suddenly perceive him very differently after he has “transformed”. This small difference has big consequences, especially in terms of the possibilities of acting as an author, but the difference is not really in gender, but in the echo of society.

Neuwith has dealt with gender role reversal before; his American Lulu comes to mind, a reinterpretation of Alban Berg’s Lulu in which the protagonist is a black Lulu, in New Orleans, whose lesbian relationship with Countess Geschwitz becomes more evident. On this occasion, Woolf’s Orlando, a declaration of war on the mechanisms that silence the female voice, was the ideal work to vindicate, since these mechanisms continue to exist, even though society has changed markedly in the almost one hundred years since the novel’s publication. This is one of the aspects changed in the libretto: as the novel ends in the year it was written, 1928, Neuwirth continues the story up to the present day: Orlando falls in love with a woman during the hippie years, continues writing, and finally confronts political phenomena such as the new far-right movements of today.

The reviews published after its premiere on 8 December 2019 were not particularly kind to the stage direction, and even attacked the clichéd nature of the attack on consumerism, populism or climate change, calling it “redundant and without tension” or even “static and clumsy”. However, the succession of scenographic tableaux (up to nineteen!) is attractive, even if it could be considered gimmicky, and above all, the musical aspect is superb.

Just as eras and genres blur in opera, so do styles overlap in Neuwirth’s music: Renaissance madrigal and the swirling glissando of baroque music; Gustav Mahler and the cancan merge, and an onstage band of guitar, bass and drums brings blues and rock in the second half. “Orlando”, the protagonist, has to adapt to all these styles vocally, and that is taken care of with phenomenal agility by the American mezzo-soprano Kate Lindsey, for whom Neuwirth wrote her role directly. As a man, she sings from a much lower register than she has to use as a woman, mastering the baroque coloratura as brilliantly as she sings into the microphone as a pop singer. The Vienna State Opera orchestra, superbly conducted by Matthias Pintscher, who guides the gigantic ensemble through the storms of sound with admirable aplomb, makes the sounds emitted swirl in tireless eddies, as the off-key harpsichords intersect with distinctive sonic tools, from car brakes to thunder. The orchestra is also symbolically blurred when an electric guitar and two synthesizers appear on stage. There is no doubt that Neuwirth, as a virtuoso inventor of sound, masters all the means that could turn musical theatre into an intellectually and sensually exciting art of overwhelming effect, achieving an almost overwhelming sonic fantasy.