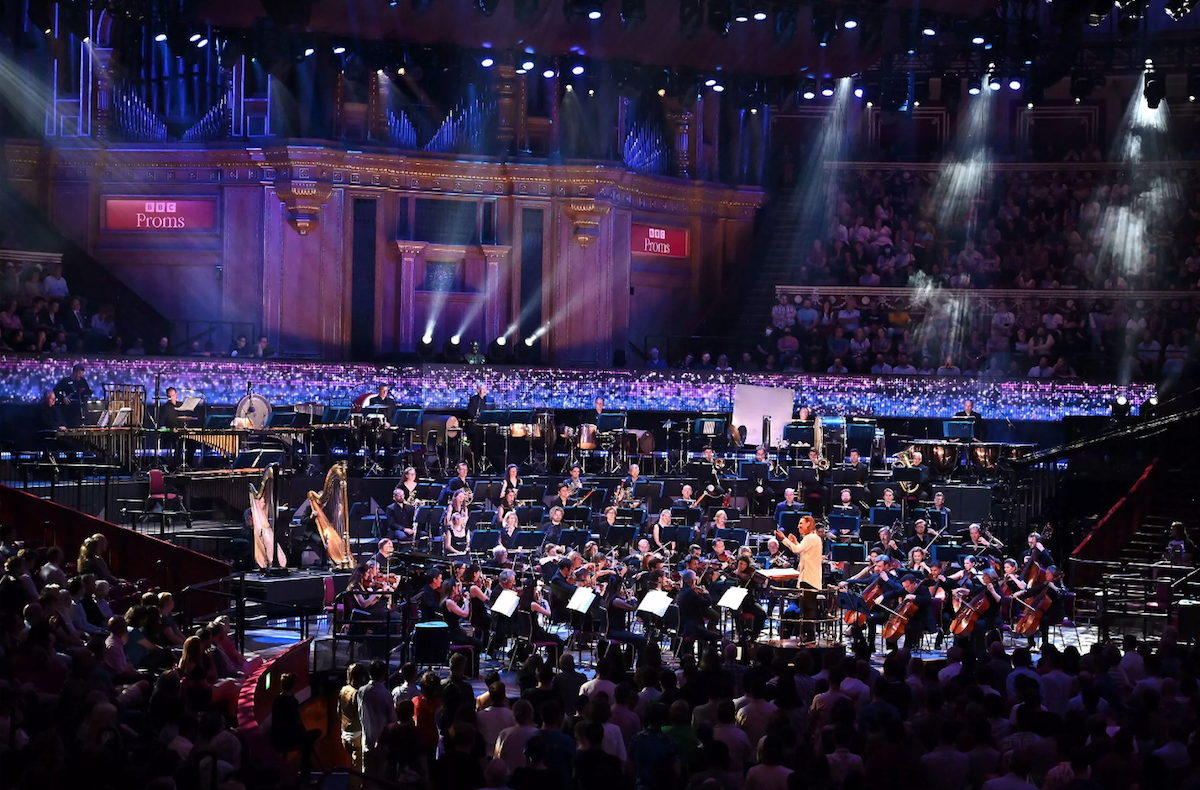 The BBC Proms offered for the first time a concert dedicated exclusively to music composed for video games.

This past Monday, 1 August, the BBC Proms held its first ever concert dedicated exclusively to music composed for video games at London’s Royal Albert Hall. As in the film industry, video games have inspired a wave of composers to create new sound worlds adapted to the increasingly rich visual realms of the medium.

The Royal Philharmonic Orchestra – “electronically expanded” – conducted by Robert Ames, performed a programme that featured classic themes from the early video games of the 1980s, right up to the present day, with the European premiere in concert of some of the music Hildur Guðnadóttir and her husband Sam Slater composed last year for Battlefield 2042, using no traditional instruments at all, but “rusty metal, desert sands, etc.”. Or the world premiere, commissioned by the BBC, of Tim Follin’s Loading Chronos, arranged by Matt Rogers: an adaptation of Chronos, the theme that Tim Follin, then a fifteen-year-old boy, composed in 1987 for the video game of the same name, which was downloaded onto the primitive 8-bit ZX Spectrum or Amstrad CPC home consoles. There was yet another commission, for CHAINES (the name by which composer and multimedia artist Cee Haines is known), which paid homage to the 1990s video games Pokemon, Ecco and Secret of Mana.

Classic scores played at the London music temple included Koji Kondo’s scores for The Legend of Zelda, arranged by Nic Raine, and a medley of great Japanese composers, with a core of iconic video game soundtracks, including Final Fantasy VIII: Liberi Fatali (by Nobuo Uematsu, arranged by Andrew Skeet), Shadow of the Colossus (by Kow Otani, arranged by Tomomichi Takeoka) and Kingdom Hearts (by Yoko Shimomura, orchestrated by Kaoru Wada).

Also included was a fifteen-minute excerpt from Traveler-A Journey™ Symphony, featuring some of the music American Austin Wintory composed in 2012 for Journey, the first video game score to earn a Grammy nomination. The final scores of the programme featured excerpts from British composer Jessica Curry’s scores for the video games Dear Esther and So Let Us Melt.