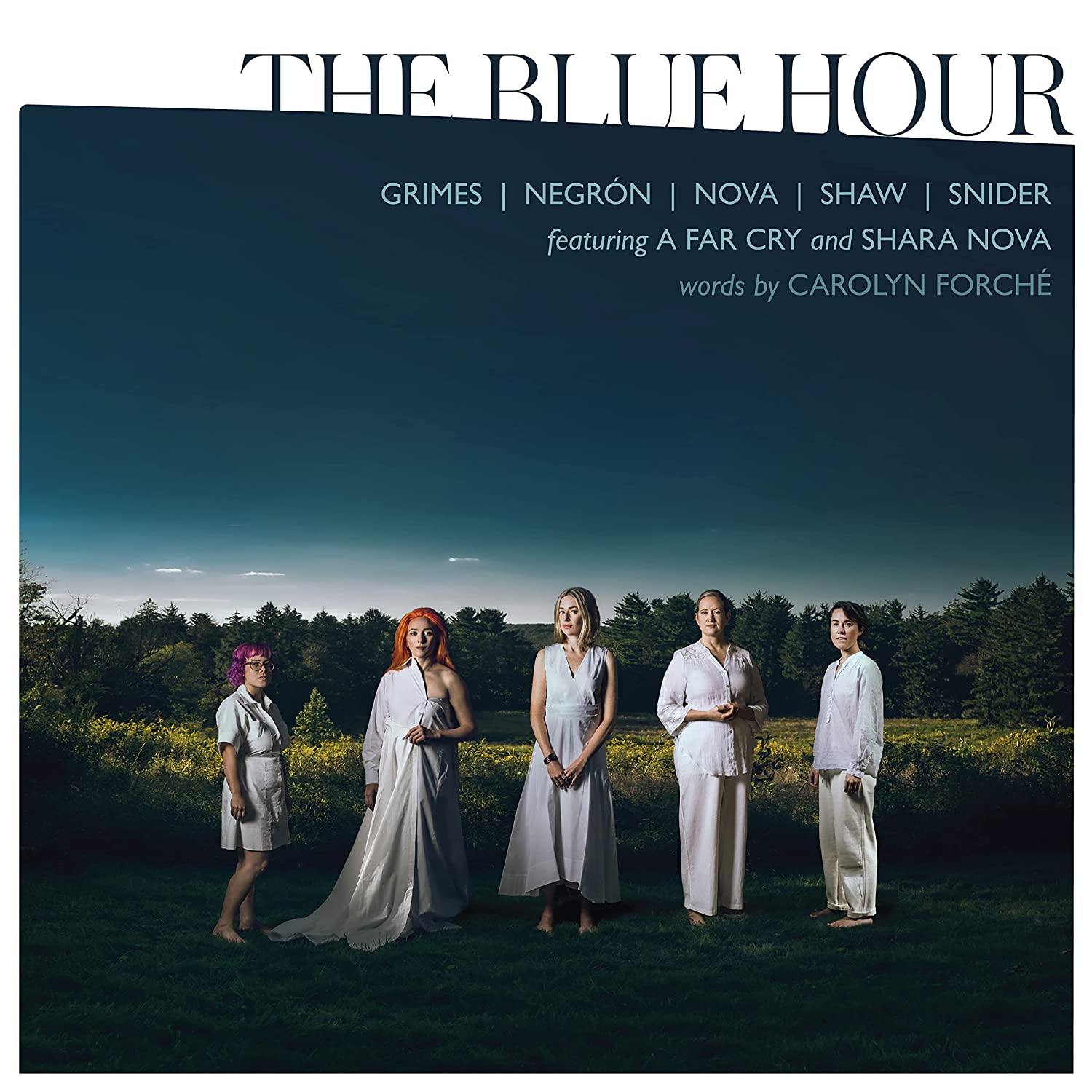 Bostonian chamber orchestra A Far Cry was, seven years ago, the driving force behind The Blue Hour, a 75-minute work premiered live on 3 November 2017 at the Historic Sixth & I Synagogue in the Chinatown neighbourhood of Washington, D.C. It is a song cycle composed collaboratively by composers Rachel Grimes, Angélica Negrón, Sarah Kirkland Snider, Caroline Shaw and Shara Nova using On Earth, the longest poem by American poet and human rights lawyer Carolyn Forché (Detroit, 1950) from her collection of poems Blue Hour (HarperCollins, 2003), as the sole text. It is a long poem that presents the thoughts of a dying man in the form of an alphabet and becomes a poignant meditation on the whole of human existence. At its premiere, the cycle was sung by Brazilian jazz singer Luciana Souza, and now, almost five years after the live premiere of The Blue Hour, New Amsterdam Records and Nonesuch Records have teamed up to release the album, which features Shara Nova as the lead vocalist on the recording, replacing Souza.

The music illustrating the poem is an eclectic array of influences, from explicit references to Bach (by Caroline Shaw, with quotations from J. S. Bach’s Second Brandenburg Concerto in Firmament, the eleventh song of the cycle) to renaissance polyphony and natural chant, with moments of kaleidoscopic sonorities to symbolise some of the fantastic and eerie images created poetically by Forché. The unquestionable quality of the five composers makes the recording one of the great events of the year, full of powerfully expressive melodies and extreme, unmitigated lyricism.

The expressiveness of the music is precisely what makes The Blue Hour such an event: it serves the text above all else and creates a lush soundscape that reflects the poetry, even though the text and music lack a strong overarching narrative. But the unconventional structure of the text lends itself to a score without a complete formal organisation. This absence of familiar structural elements in both the poetry and the music removes the listener’s ability to anticipate, and ultimately the listener is merely caught up in the narrative dispersion, resulting in a beautiful, complex and empathetic journey throughout the work.