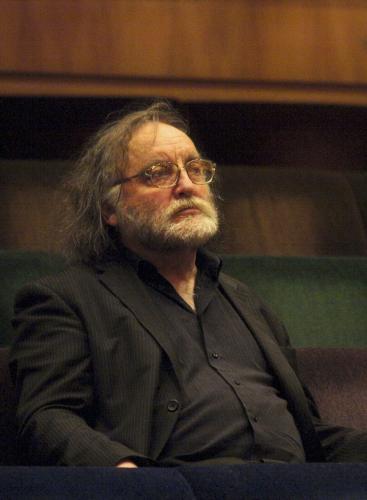 Today is also the eightieth birthday of the English composer Bryan Ferneyhough, the leading figure of the “new complexity”.

In addition to Gavin Bryars’ birthday, today also marks the eightieth birthday of the English composer Bryan Ferneyhough (Coventry, 1943), although their paths have taken completely different musical directions, to the extent that Ferneyhough is considered the leading figure of the new complexity movement, which emerged in the United Kingdom in the eighties of the last century, and it is often said that his works are the non plus ultra of musical complexity, in the sense of the overload of notes and their interpretative difficulty. His best known works include Transit, La Terre est un Homme or Time and Motion Study II (for solo cello and electronics), with a labyrinthine density of notation, sometimes written on five staves instead of the single staff usually required by a cellist. Many instrumentalists have claimed that there is no possibility of noting down what you hear when you listen to a Ferneyhough piece. After teaching composition at the Hochschule für Musik in Freiburg and giving numerous lectures at the summer courses in Darmstadt, he settled in California in 1987, where he has taught at the University of California at San Diego and Stanford University.