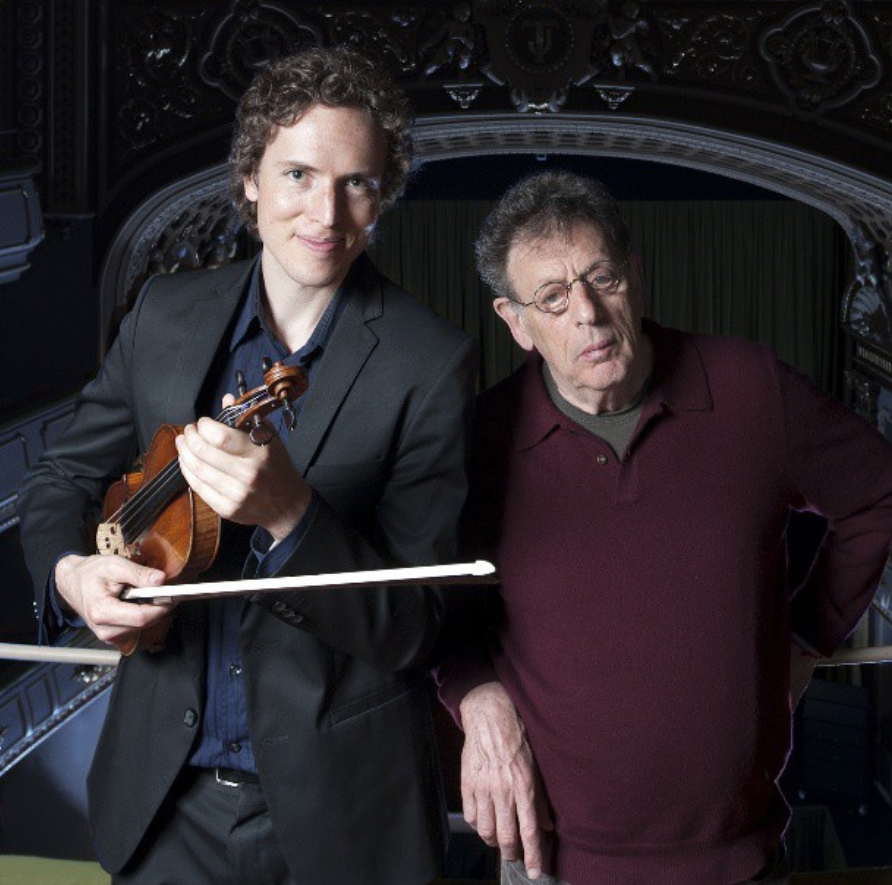 Philip Glass visits Spain this May for a short tour, in duo format with violinist Tim Fain, which will pass through El Ferrol (Teatro Jofre, on the 21st), Vitoria (on the 27th, in the Teatro Principal), Valladolid (on the 28th, in the Centro Cultural Miguel Delibes) and Alcobendas (Madrid), where it will end on the 29th in the Teatro Auditorio Ciudad de Alcobendas, as part of the programme of the Festival de Otoño en Primavera.

The reason for this tour is the world premiere of his Partita for violin, and the European premiere of Pendulum, for violin and piano, composed in 2010 to celebrate the ninetieth anniversary of the founding of the American Civil Liberties Union (ACLU), which was premiered in a private concert held on Ellis Island on 15 September 2010 in trio format for piano (by Glass), violin (by Fain), and cello (by Wendy Sutter). The programme is completed with solo piano pieces from Philip Glass’s best-known repertoire, such as his Etudes and Metamorphosis, and excerpts from The Screens, the play by Jean Genet, for which Philip Glass composed the music in 1989, in a production premiered that year under the direction of Joanne Akalaitis.

Philip Glass has been working for some time with the young violinist Tim Fain, with whom he is touring Europe. Fain, apart from being a soloist with various orchestras, has also been a soloist with the Philip Glass Ensemble and was first violin in the Rossetti String Quartet. The programme of the tour is therefore based on the collaboration between the two musicians and includes as a highlight the world premiere of the Partita for violin in seven movements, written expressly for Fain and which was premiered precisely on this tour, on the 14th, in the concert hall of Zeeland in Midelburg, in the Netherlands.

© Photo provided by the press department of the Festival de Otoño en Primavera.