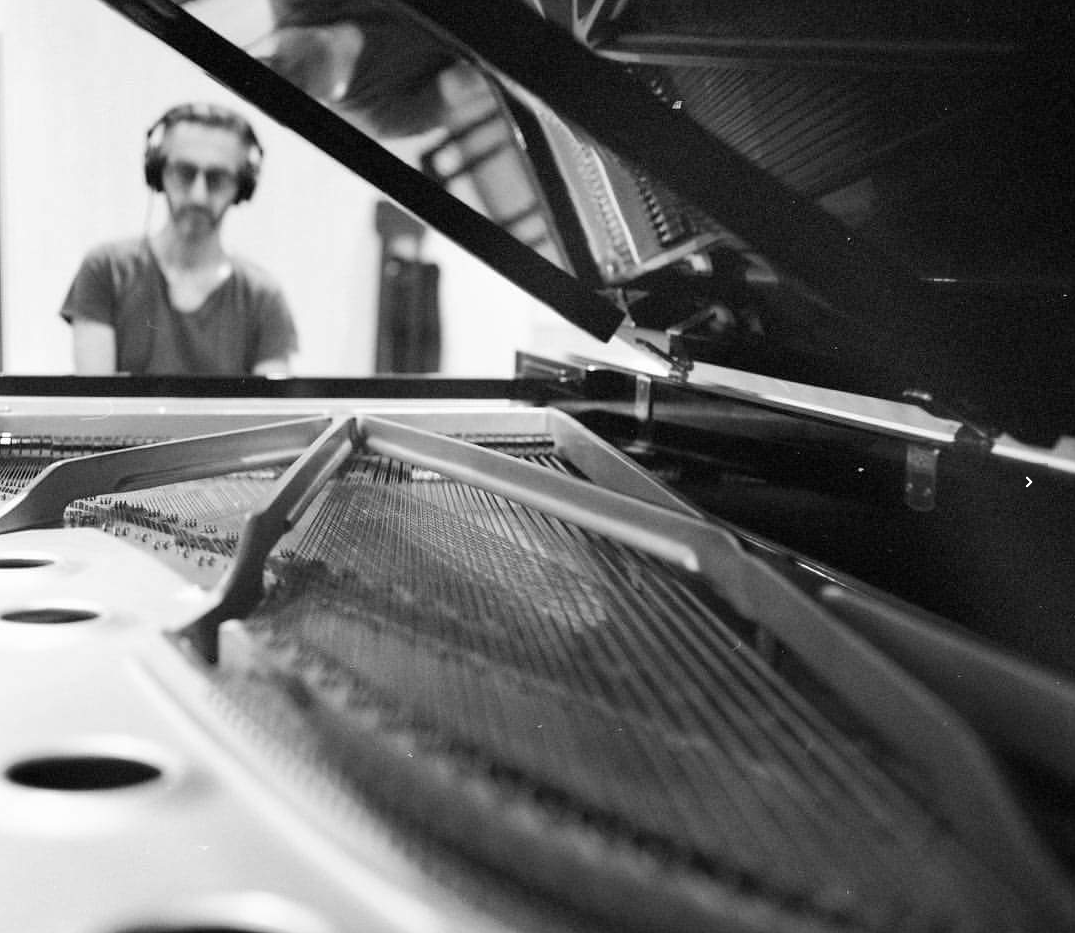 Alejandro Pelayo: “The piano is my musical diary”.

The Fundación SGAE has organised Instrumentales, a small cycle dedicated to music without words that began yesterday with the performance of three guitarists of different styles, Serranito, David González and Manuel Seoane. Today, Friday, it is the turn of Galician composer and pianist Abe Rábade and his jazz trio, presenting his most recent album, Once.
The cycle closes tomorrow, Saturday, with the stellar performance by Alejandro Pelayo, known for being 50% of Marlango, who presents his solo project, La herida invisible, an album of piano pieces. The classically trained Spanish musician – he has studied composition and orchestral conducting, as well as having studied at the prestigious Juilliard School in New York – has produced an album… simply different from the orbit of the band he shares with Leonor Watling, closer to the resonances of classical romanticism (and impressionism) than to the jazzy universe of Marlango. This is what I usually do, what I’ve been doing since I started composing almost fifteen years ago,” Pelayo explains. Almost every weekend I play live. My starting point is the piano, and the piano is what I use to express my need to collect moments and note, for example, that today [on the day of the interview] is Saturday and that I am tired from this morning’s journey, but that, at the same time, time is running in my favour, because summer is approaching, a desired time”.
All this,” he continues, “everyone has a language to express it. And the piano is my musical diary, in which I make those notes that, with time and chance, end up becoming different things. On many occasions those things, those notes, stay there, on the piano. But some of those pieces I decided to ‘clean them up’ because they had an effect on me, a healing and calming effect: I felt better after playing them than before, more at ease and more serene.
Speaking of the healing effect that music has on him, Pelayo acknowledges the influence of different musicians. It happens to me with Schumann, or Debussy, or Sigur Rós or Radiohead,” he says, “but I didn’t realise until now that it also happens to me with my own music: sometimes you’re not aware that it’s happening because you relate music to vanity and the stage. I needed that communication between myself and the instrument. I love running and I also do yoga and meditation, but the music is much more powerful than anything else. This album has been, for me, like stepping into the Ganges for Hindus”.