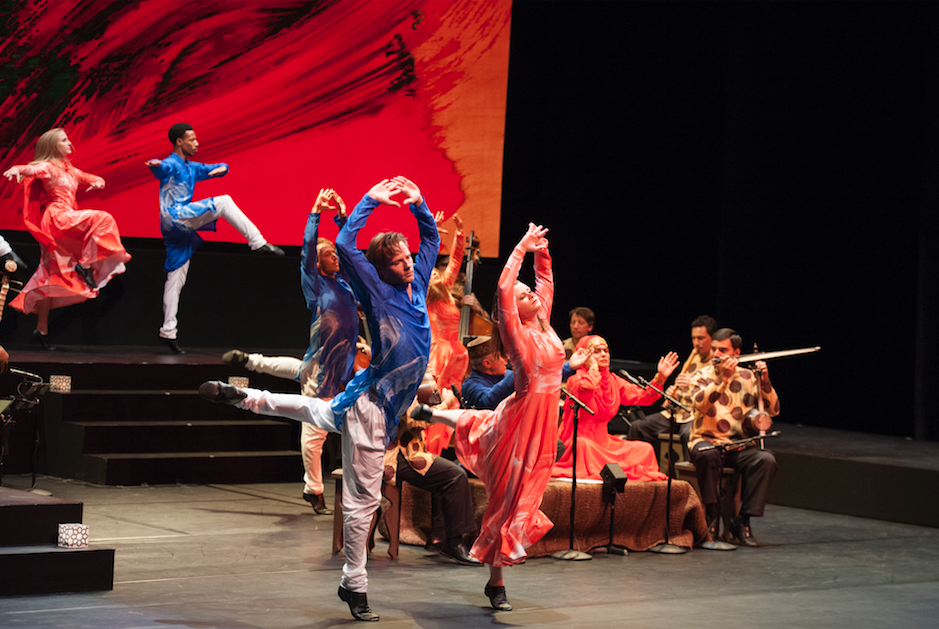 Two years ago, Mark Morris, the American master of contemporary dance, created, with the musical collaboration of the Silkroad Ensemble – a group founded by the French-American cellist of Chinese origin Yo-Yo Ma – a choreographic version of the unfortunate love story of Qays Ibn al-Mulawwah – whom his contemporaries called “Majnún” (madman) because of his inability to attain Layla’s love – which took place in Arabia in the 7th century, and which Lord Byron described as the “Romeo and Juliet of the East”.

Laula and Majnún premiered in Berkeley, California, in autumn 2016 and this November, from 13 to 17, it comes to the London stage at Sadler’s Wells. Performed by a corps de ballet of sixteen dancers, the live music is by the ten instrumentalists of the Silkroad Ensemble, and is based on Azerbaijani mugam, one of the folk styles of the former Soviet republic of Azerbaijan, with several songs sung by Alim Qasimov (considered “the best voice of Central Asia”) and his daughter Farghana.