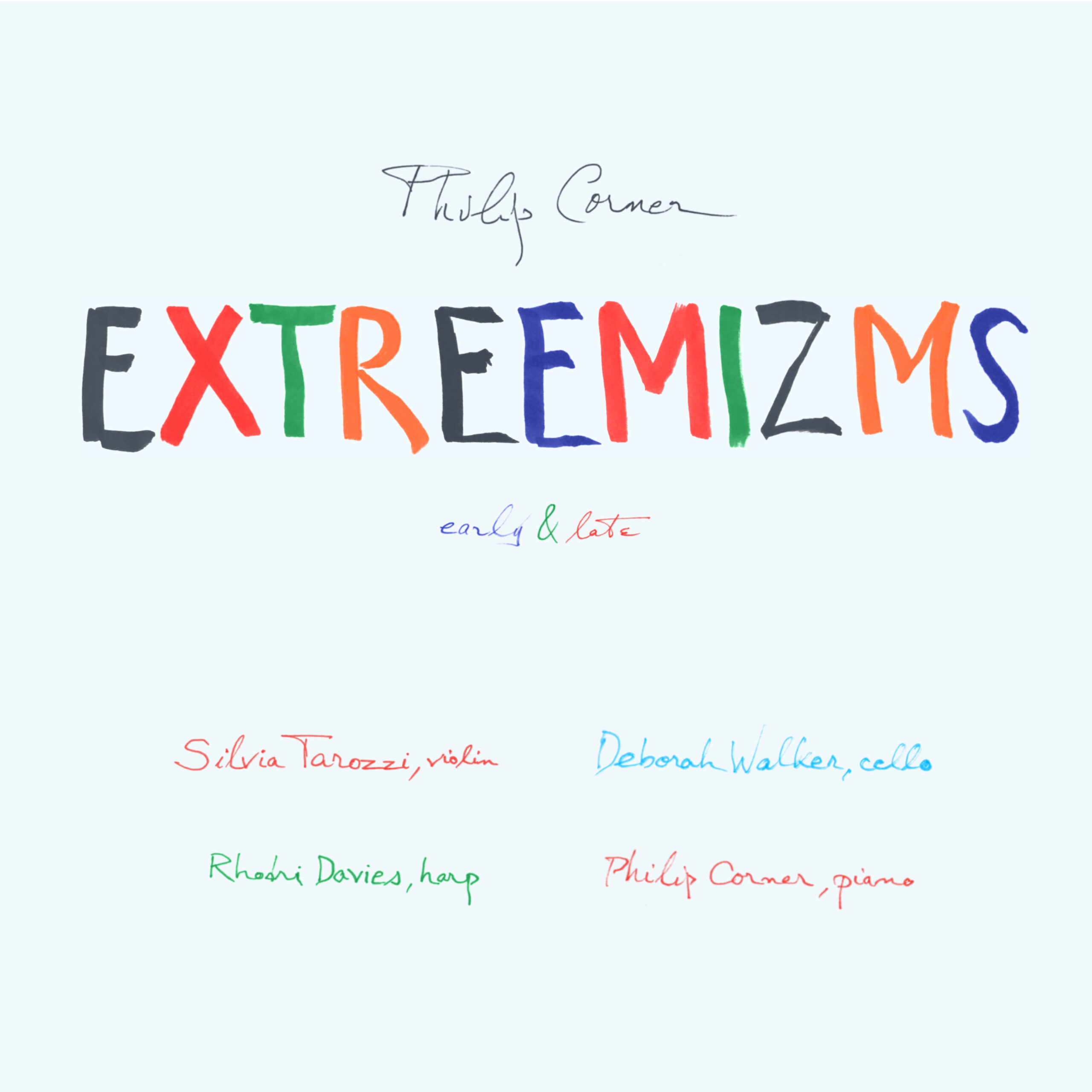 Philip Corner (New York, 1933) is one of the most outstanding musicians, artists and theorists of the neo-Dadaist scene of the 1960s known as Fluxus. The nine pieces included in Extreemizms cover the temporal “extremes” of his production: four are from 1958 and the other five are recent, from 2015 and 2016: almost sixty years apart which, in reality, listened to in an intercalated way, are not really so, such is the closeness with which today one listens to the radical avant-gardism of that time with the serenity with which one contemplates today the music of a composer impregnated – then and now – with Zen philosophy, who seeks to control his instruments – whether in duo or quartet format (violin, cello, harp and piano, the latter played by Corner himself) in a completely sensitive way. The small moments of more tense sound, scattered throughout the pieces, no longer “frighten” the listener as they might have done sixty years ago, but they do serve to keep him or her from relaxing and expecting the unexpected. The reality is that these almost fifty minutes of listening are pleasantly enveloping and profound.